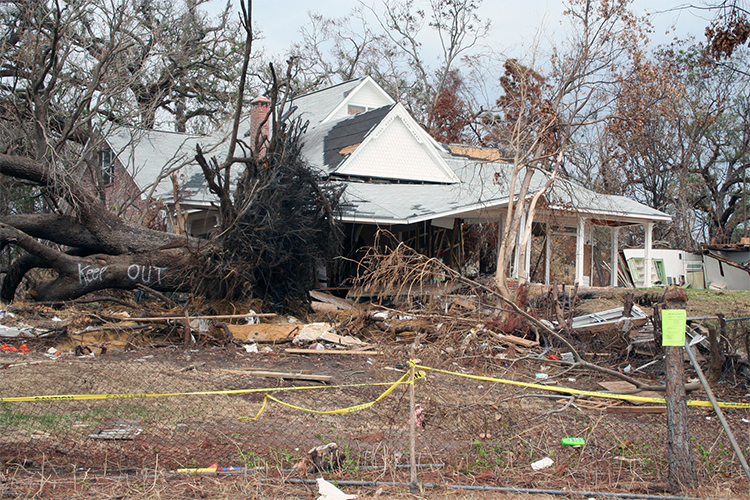 When an academic participates in a large conference, her likelihood of subsequently writing a paper with at least one participant at the conference increases by one-sixth (close to 18%). Moreover, it seems that conferences improve the quality of matching among co-authors, leading to papers that are published in higher-ranked journals.

These findings are documented in the paper “Lost in the Storm: The Academic Collaborations that Went Missing in Hurricane Isaac”. This is part of an ongoing programme of work, funded by the Leverhulme Trust, in which economists at University of Kent and University of East Anglia utilise a natural experiment to understand the role of conferences in academic and scientific production generally.

In late August 2012, the imminent landfall of Hurricane Isaac forced the cancellation – at less than 48 hours’ notice – of an important event in political scientists’ annual calendar: the American Political Science Association (APSA) Annual Meeting. By analysing the output patterns – in terms of published and working papers – among 17,468 academics that attend conferences (including academics scheduled to have participated in this cancelled conference, in previous editions of the APSA meeting and/or editions of a similar Annual Meeting), the authors estimate the effects of conferences on the likelihood of academics to form new co-authorships, and provide evidence for the role of conferences as important facilitators for academic networking.

The collaborations that were “lost” (because of the conference cancellation) were disproportionately those that would have been between academics affiliated to geographically distant institutions and whose existing research was closely related. These seem to be recipes for better research, as the remaining collaborations that did form (among participants that did not meet in the cancelled conference) led to papers appearing in journals ranked, on average, 5 places lower.

These results speak to the role of conferences and, more generally, of network constraints in preventing the formation of efficient scientific teams. It is already known that most academic and scientific papers are written by collocated authors, but some questions remain unanswered. First: does inter-institutional collaboration make better science, or is it rather adopted as a research strategy specifically for the most promising and ambitious projects? The results in the present paper suggest strongly the former. Second: do academics and scientists work so predominantly in collocated teams due to preference, or because they are in some way constrained from forming the more productive inter-institutional collaborations. The results in this latest study support the network-constraints explanation and suggest that conferences perform an important function in alleviating these constraints, by allowing academics to meet new collaborators.