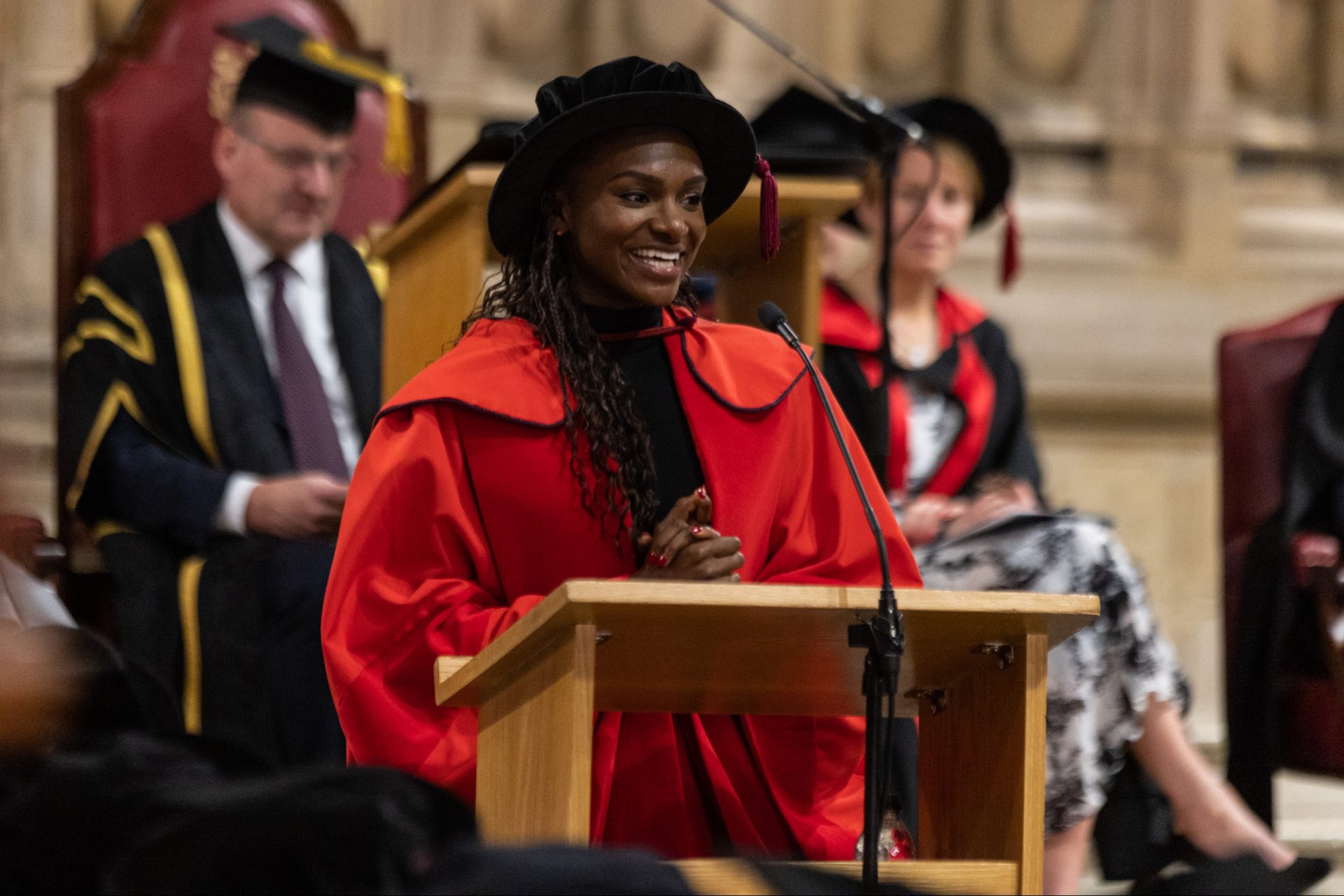 Kent is looking forward to awarding honorary degrees to nine inspirational people during its forthcoming celebration ceremonies at Canterbury and Rochester cathedrals. Four of the nine are Kent alumni.

Among those to receive awards will be athlete Dina Asher-Smith, and comedian, writer and activist Mark Thomas.

The ceremonies, which are the first to be held in person since 2019, will take place at Rochester on 22 March, and Canterbury 28 March to 1 April. All ceremonies will celebrate those students who graduated in July or November 2020.

The March honorary graduands are: 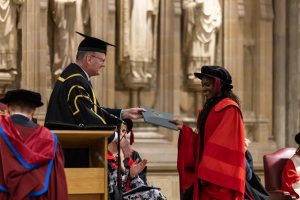