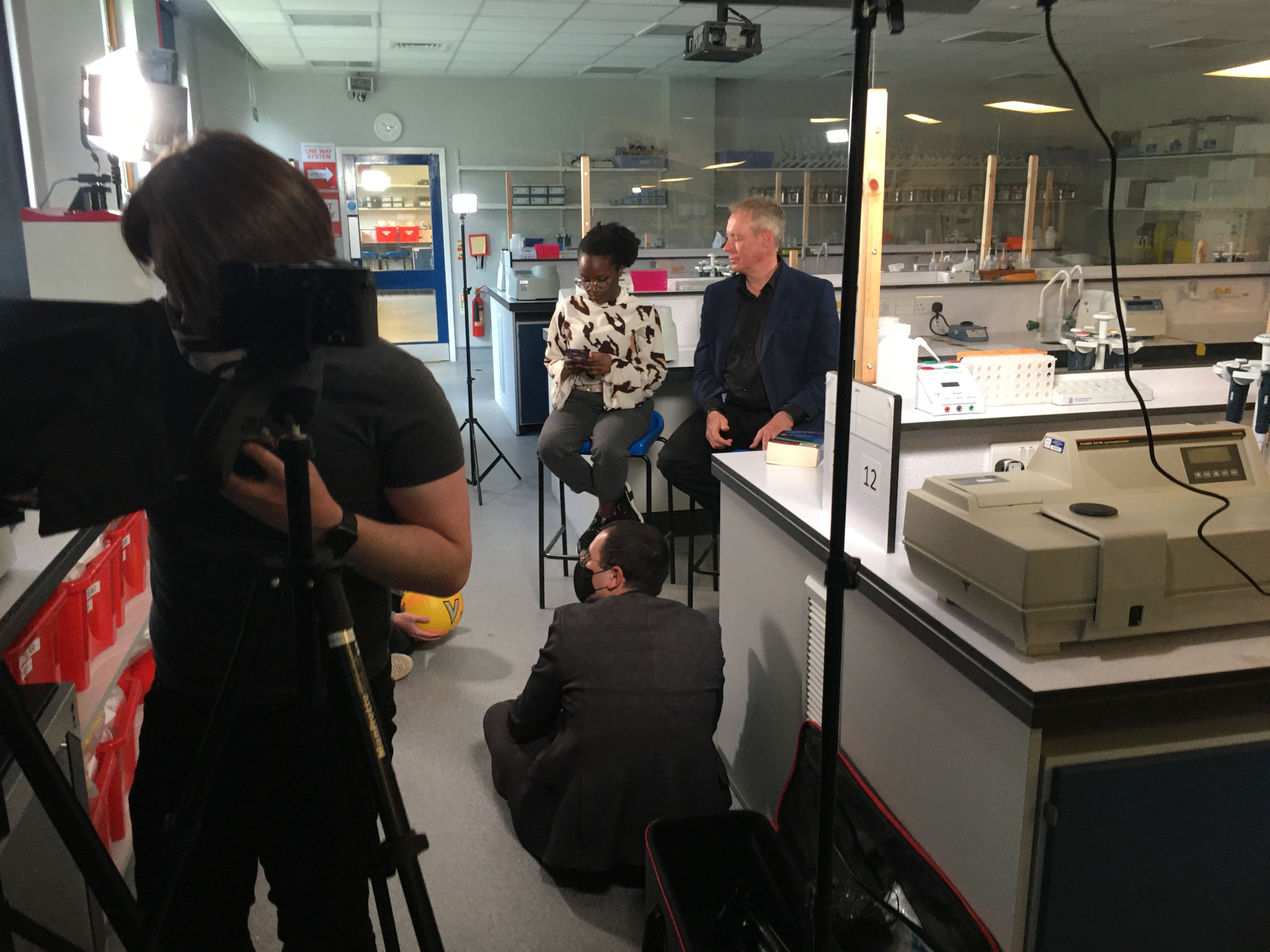 Be a part of our Generation Genome debate!

The University is pleased to announce that filming has started on Generation Genome, a six-part TV documentary series designed for school-age students. The project is a joint venture between the University and KMTV, the local TV channel covering Kent and Medway. Supported by the BFI’s Young Audiences Content Fund (YACF), this series aims to engage young people, particularly those from economically deprived and culturally diverse backgrounds, with cutting edge science, placing them at the centre of a debate about genetics and the impact it will have on their future. Each episode will focus on a particular strand of genetics and will be closely linked to the curriculum.

How can you get involved?

We are now looking for groups of Year 8 and 9 students who would like to feature in the documentary series, by being part of our audience of young people who will challenge a panel of experts on the science and issues explored in each episode.

This will include topics such as:

The filming of these debates will take place between September and November 2021. We are keen to involve a wide range of schools so if your students may be interested in joining the debate, please email Gemma Hunt (G.M.Hunt@kent.ac.uk) for further details.