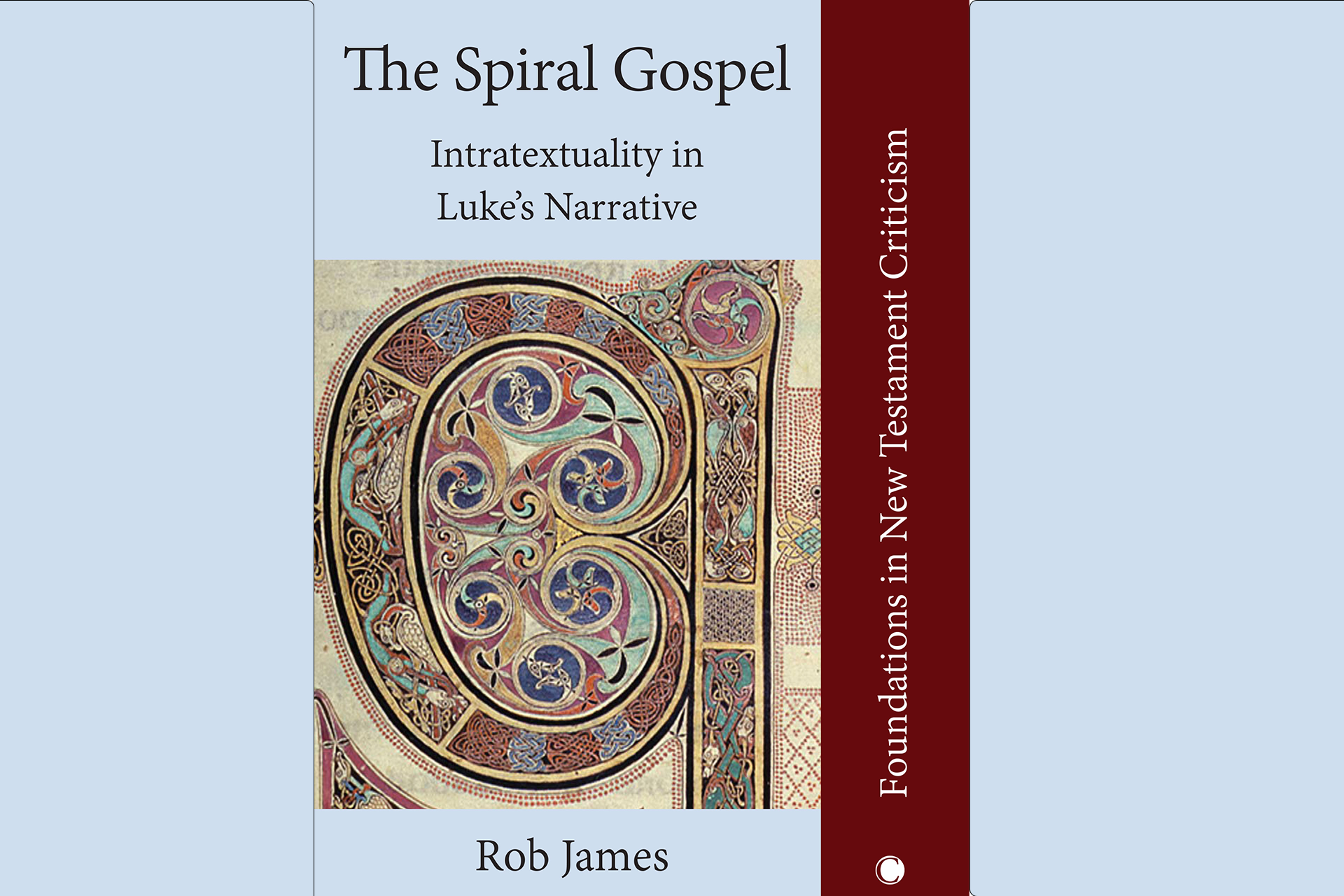 Alumnus The Rev. Dr. Rob James (BA (hons) in Theology and Religious Studies – graduated 2001) has released a new book on the Gospel of Luke – The Spiral Gospel: Intratextuality in Luke’s Narrative (Cambridge: James Clarke, 2022). It is dedicated to the late Dr. John Court, who taught at Kent from 1969 until his retirement in the same year Rob graduated.

Rob said: “John was a wonderful teacher and it is an honour to dedicate this book to him.”

Rob has recently been appointed as Associate Professor of Anglican Formation and Studies at the Vancouver School of Theology in Canada.

What is the book about?

How did the author of the Gospel of Luke intend it to be read? In The Spiral Gospel, I suggest that the assumptions that modern readers bring to the text about how to read it are not those of antiquity. This text would have been a stand-alone document and was not ‘packaged’ as it is today with other texts in the New Testament. I suggest that Luke wrote the text with this in mind – never imagining that his work would be bound into a larger book. He expected those to whom he wrote to end up using this as their pre-eminent text, expecting them to turn back to the start of it when they reached the end, in a continuous, cyclical reading.

The evidence for this view, and also its consequences, can be seen in the gospel’s intratextuality. Context is given at the end of the gospel that informs the beginning, which is only understood on second and subsequent readings. There are countless other intratextual elements throughout the text that are most readily noticeable on repeated readings. This deliberate, creative interweaving on the author’s part opens up new depth to the text for those who read in the way it is suggested Luke’s first audience read his work.