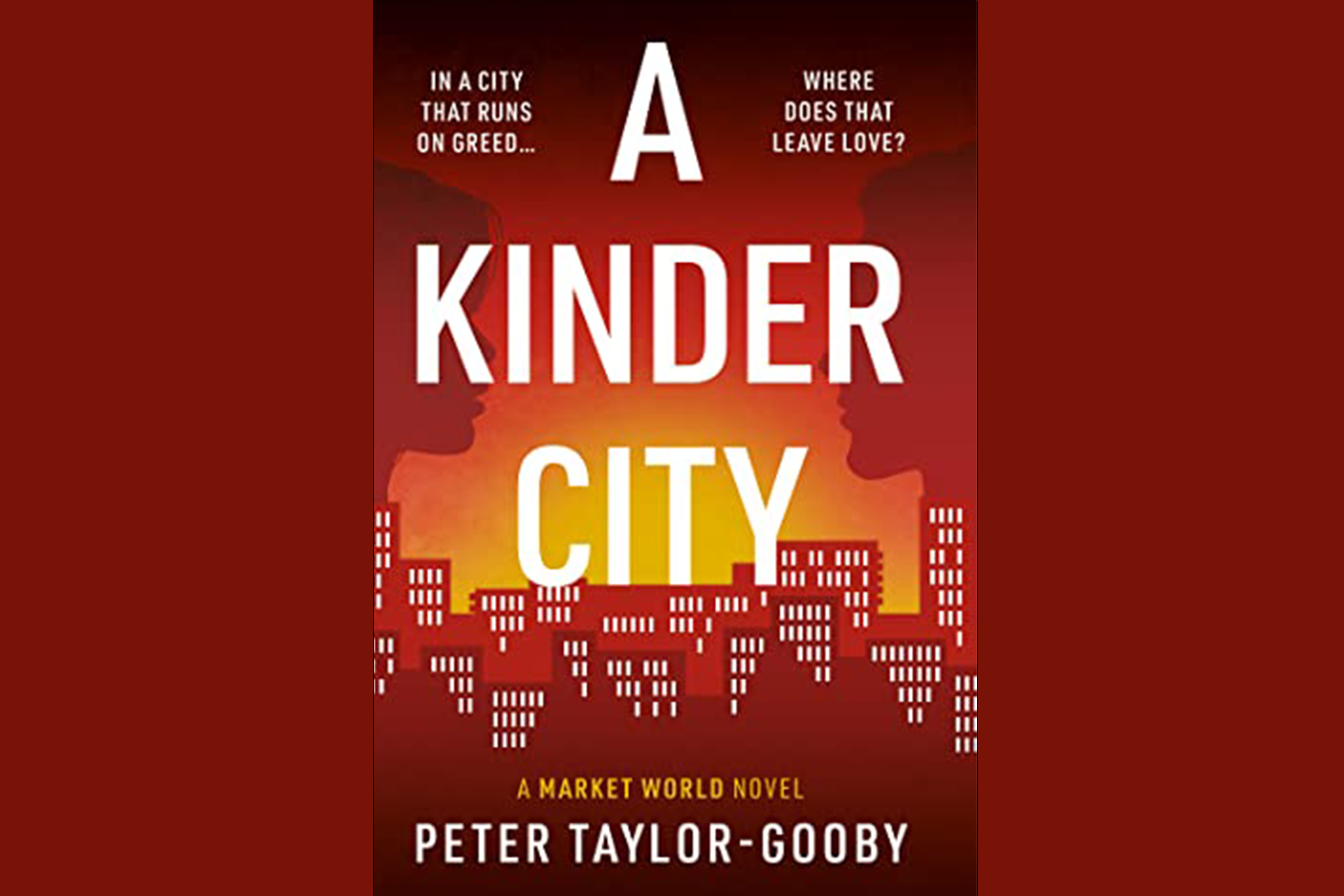 University of Kent graduate and former member of staff, Peter Taylor-Gooby, has released his latest novel “A Kinder City”. Peter uses his novels to address social science themes and issues that he explored in his research at Kent.

What is “A Kinder City” about?

The City is governed by the grim law of profit and loss. No exceptions, no place for compassion, pleasure, the warmth of friendship or the ardour of love. David, an Enforcer committed to the Law, meets Sarah, a villager from outside, and begins to understand that a different, more joyful, life is possible.

A Kinder City tells the story of their tangled relationship and of how they fall in love, and of their struggle against Franklin, the richest man in Market World. If the only law is the market, why not sell everything – and that includes the air we breathe, the land we stand on, the water we drink? No exceptions. His giant factories spew forth the road beasts – the huge machines that devastate the lands beyond the City in pursuit of yet more wealth. Not content with cloning animals, he traps horses in exo-skeletons and works them to death. Torn between her growing passion for David and her revulsion at the City that he is pledged to protect, Sarah turns her back on him.

In despair, he confronts one of the convoys supplying Franklin’s mills and releases the horses trapped within the giant trucks. Pursued by terrifying security guards they escape to the Broken Lands and witness at first hand the desolation that results from ruthless strip-mining and industrial farming driven purely by greed, and the misery of the remaining villagers. In their struggle to survive and return to the City they discover the power of their love for each other. Sarah challenges Franklin to his face and, helped by David, sparks off rebellion among the poor of the City. Together they defeat Franklin. He must learn what it means to be destitute and alone in Market World. The possibility of building a kinder City lies within their grasp.