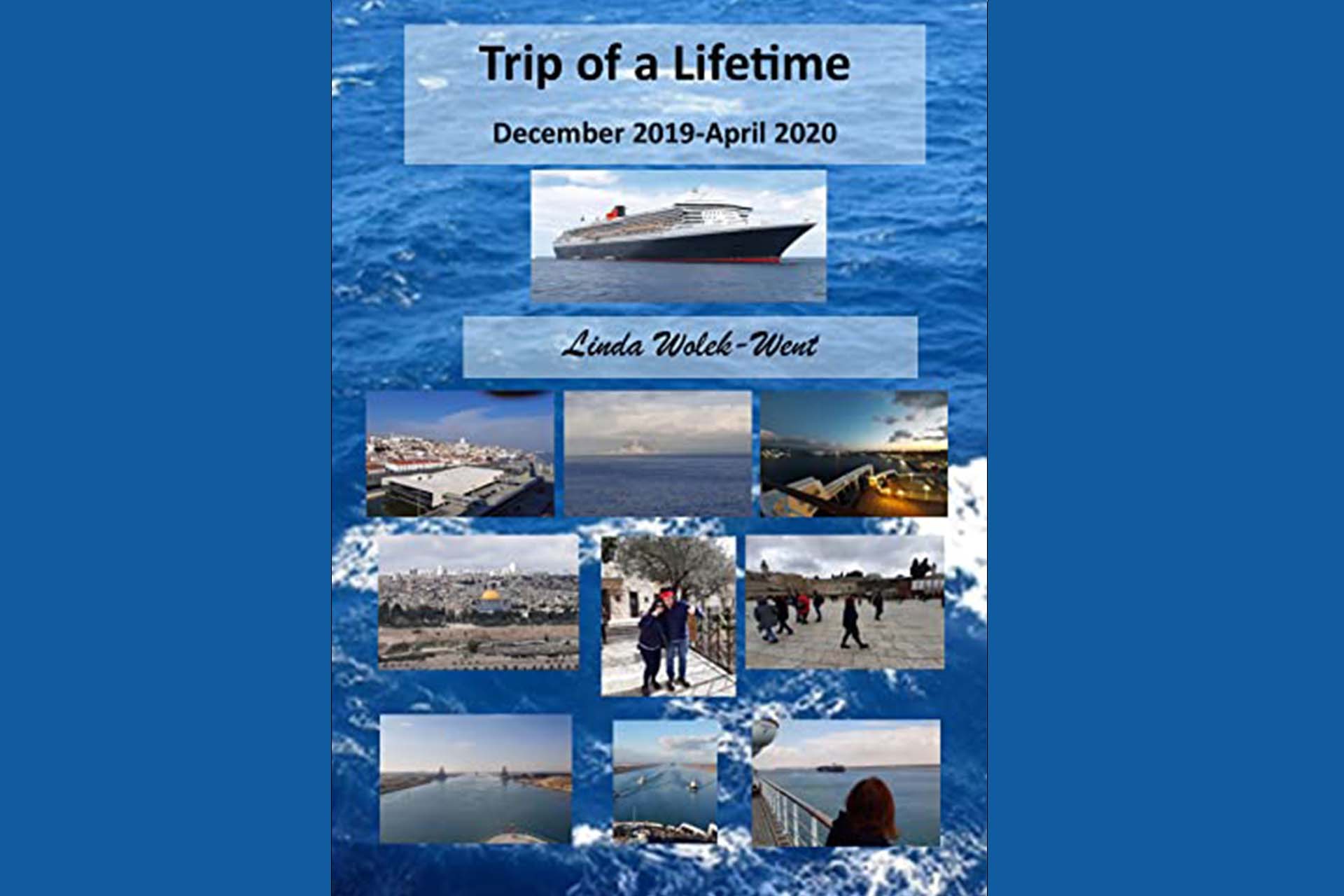 Linda started at the University as a junior secretary in 1964 aged 17. The library was in Westgate. Linda married a chemistry student in 1967 and moved to Scotland. However, she came back to Canterbury every Easter and summer to stay with my parents and worked back at the library for 9 years.

Even when Linda moved to Germany she still came back and temped….actually all over the University. She came back to live permanently with her children in 1981 and immediately worked at the University.

“When my daughter Esther came to Kent to study History I changed career entirely and re-trained as a nurse for 8 years. After a work accident and several operations I returned to the University as a very mature student and graduated in 1997 with a 2:1 in religious studies. My husband of 20 years is Professor Mike Went and I have been running the Forensic Courts with him for SPS for circa 16 years.”

Mike and I retired in 2019 and we set off on our journey by ship around the Western Hemisphere.

“My book describes the ship, the passengers, the weird and wonderful trips out, the crew, the oddness of folk, the pirates, the marvellous and sometimes very peculiar shows.  And then the drift into news of Covid and our travel the wrong way round Australia, and the mayhem and chaos as the boat locked down and we were stuck at sea for many weeks, until we crawled back into Southampton.  I have two publishers very interested but we decided to publish on our own to see what happened….and it flew or should I say sailed away.  I have a list of requests, and it is now on Amazon and Kindle as well as a second run.

“Mike and I are covering all costs, and all books are given for a donation to the Kent Air Ambulance. The reason is in the dedication….but also helicopter to ship rescues dominated our trip!”

Linda will be holding a book signing event in Whitstable Castle on Saturday 26th February.