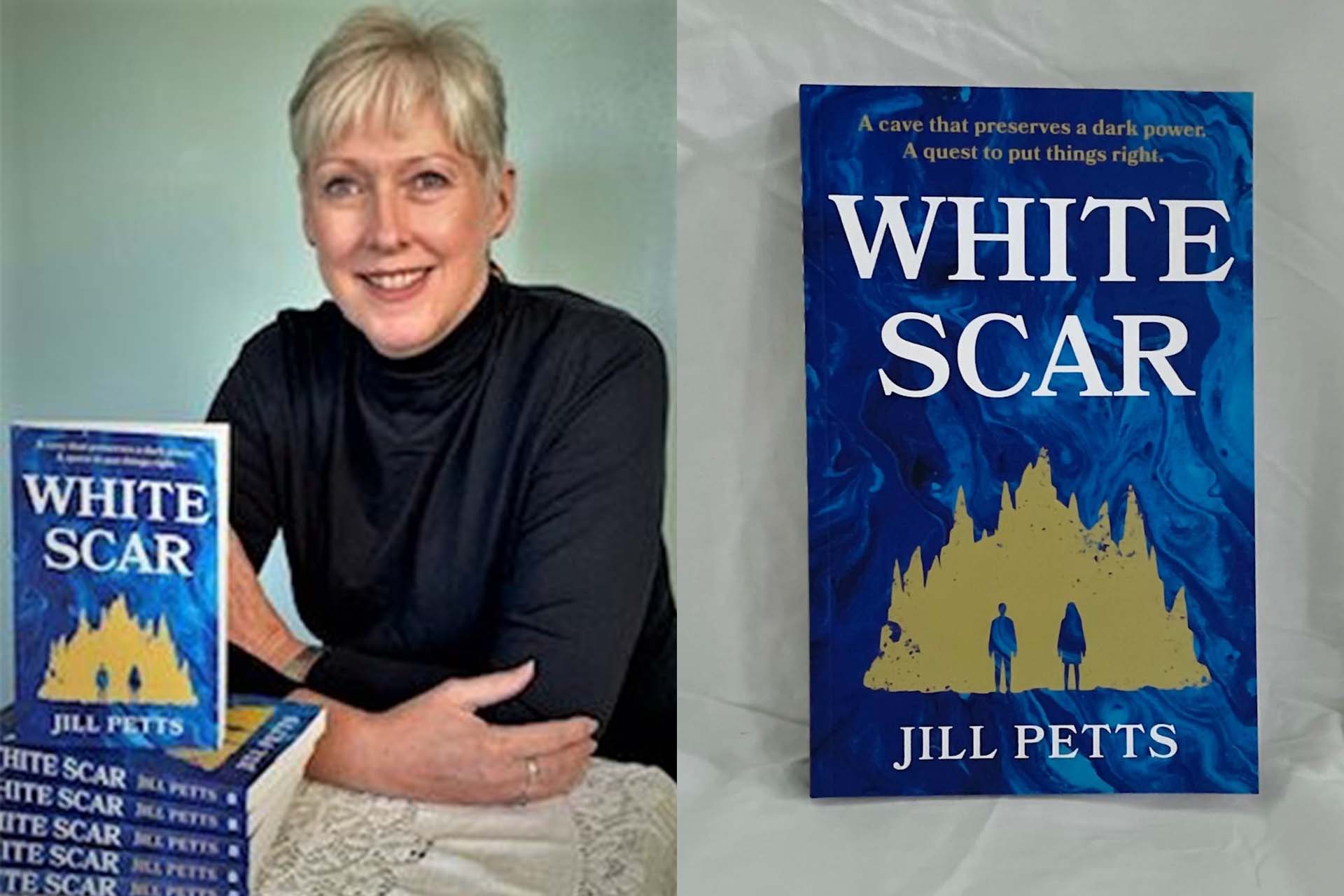 Alumna, Jill Petts, was a part-time mature student at the University of Kent from 2009 until 2015. Jill graduated with a First in English and American Literature with Creative Writing. During that time, Gill had the opportunity to become a Student Ambassador as well as gaining the PTTLLS qualification.

Jill has now released her book, entitled ‘White Scar’ and it is available from The Book Guild publishing group, White Scar Caves and all major retailers. It is also available as an eBook. It is suitable for middle-grade readers and above and several adults have commented that they could not put it down.

The story is set in 2150. A global catastrophe has meant that the survivors have to follow a simpler existence, but that’s where it gets complicated. We follow twins Alba and Ralph Milway on a quest to secure a wand which has fallen into malevolent hands, and at the same time preserve life as they know it. The action takes place in the dramatic setting of White Scar Caves and the surrounding Yorkshire landscape, with twists and turns, and a few surprises along the way.

Jill works full time as a civil servant as well as being a Lay Reader with the Church of England. She is currently working on a sequel to White Scar.