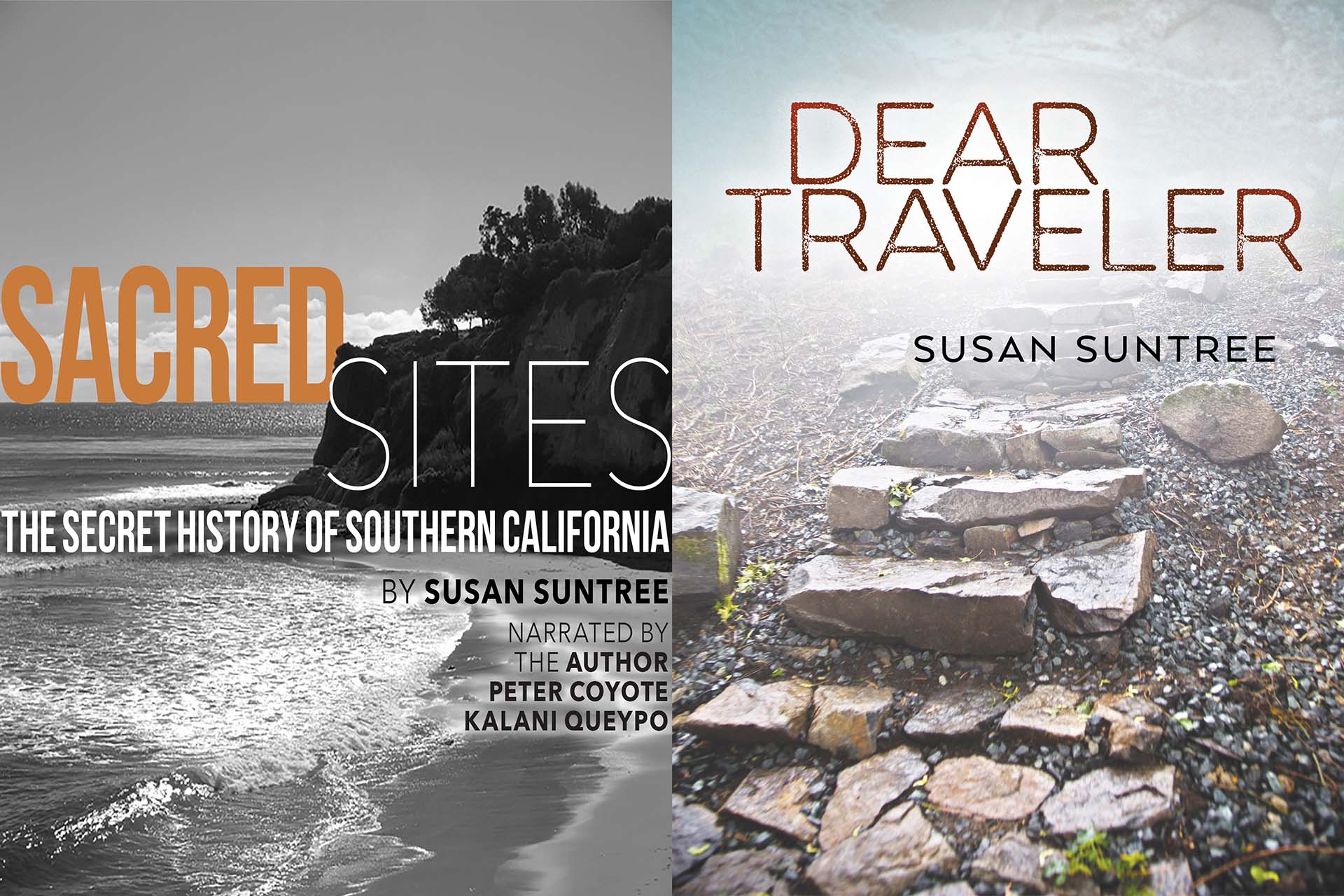 Susan Suntree, alumna from Rutherford College (MA in English, 1970), has released two publications, with her audiobook of ‘Sacred Sites: The Secret History of Southern California available now! Please see the press release below.

For over 25 years, SoCal expert Suntree has extensively researched the science and rarely published indigenous myths and songs that reveal the origins of the region—its ancient landscape and Native American history. With the rhythms of poetry, songs, music, and magic, Suntree weaves a story of compelling beauty, titanic forces, and unforgettable shamans and heroes.

Southern California has a reputation for being a place without a history. Popular accounts often begin with the Spanish and Yankee ranchos and real estate deals. But in Sacred Sites: The Secret History of Southern California, Suntree describes the region’s ancient Native American prehistory that long predates the arrival of oranges and celluloid. People have called this place home for more than 15,000 years. Suntree describes the Los Angeles of the Tongva and other indigenous tribes, when Cahuenga, Tujunga, Topanga, and many other familiar locations were the sites of their many villages. Petroglyphs from those times can still be seen in the Simi Hills, near Los Angeles.

The oldest human skeleton found in North America to date was found in Los Angles. In the Santa Monica Mountains, 16 million-year-old seashells poke through the dirt at the tops of ridges that were once coastal sea beds. As earthquakes pushed the mountains higher and the Ice Age ended, the bay that once filled the Los Angeles basin retreated, and the region basked in the current Mediterranean climate.

This is the extraordinary and thrilling back story of the place now called Los Angeles.

Suntree launched this project after returning to Los Angeles, where she grew up, and discovering that very little information was available about the evolution of the landscape or the region’s indigenous people. This began her quest to find the answers to her question: How did things come to be the way they are here in Southern California? Her long-time study of California Native American cultures and literature led her to meet and work with tribal leaders, artists, and historians. Scientists at the region’s major universities and museums generously contributed to her research, taking Suntree to remarkable sites where she could observe the power of earthquake action and the diversity and beauty of the landscape. Her research resulted in various performance works including a one-woman show that she has presented internationally, and a best-selling book recently released in an updated paperback edition (University of Nebraska Press 2020) and as an audio production.

To purchase the audiobook:

Susan’s latest work, ‘Dear Traveler’, will be released in October 2021. You can find out more about this here.