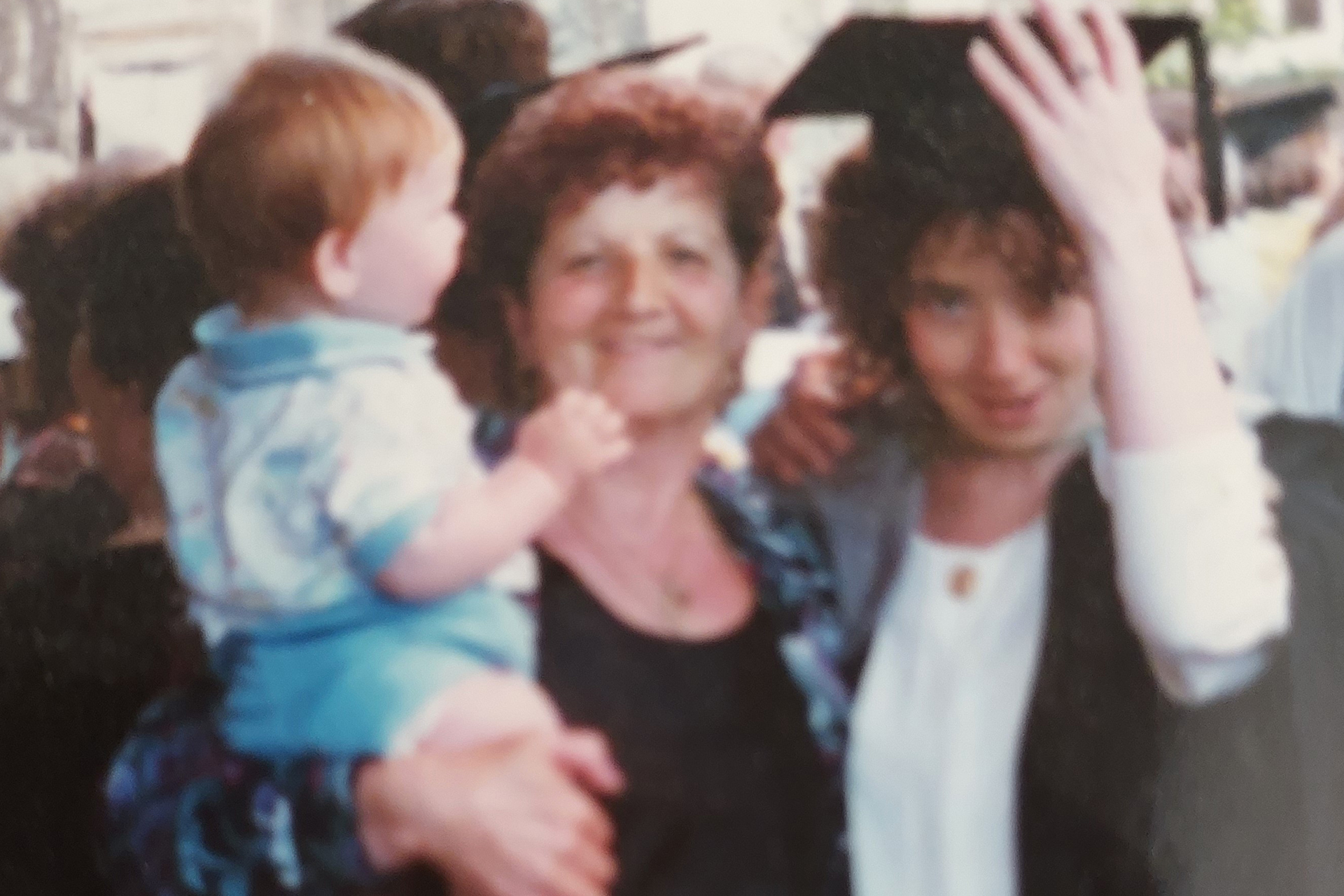 As a child I had always dreamed of being a teacher but in 1982, I joined the Women’s Royal Naval Service, aged 18. In 1986 they asked me to leave because I was pregnant with my son, Dan and at that time, as a woman, you couldn’t serve with children. I thought that was my working career over – I wasn’t really good at anything else and for 4 years, I did part-time work in bars and bingo halls.

No-one I knew from my estate had gone to University but in 1990, aged 26, I applied to Ruskin College in Oxford and they accepted me on a Diploma course for English and American Literature! My dream came true! I took my son with me and juggled seminars, lectures and the school run – it was all about the routine!

At Ruskin, I met a new partner and we both applied to UKC amongst other universities – but UKC was the place for us, so we arrived in September 1992. I signed up for a BA(Hons) in English Literature and was able to start in the second year because of my Diploma.

We shared a house out at Whitstable and with no car it was the school run plus a bus ride in but again – it was all about routine and we found ours quite quickly!

By March 1993, I was pregnant again, so I had to stop my rugby training, badminton and keep fit classes!! Just some of the activities I could fit in being on campus, before going back to the afternoon school run. On May 17th 1993, 6 months’ pregnant, my father passed away – it was the first day of my Year 2 exams. I attended that exam – it was surreal. I wasn’t able to finish the exam but my tutor helped me to sort that out.

Tom was born on September 5th 1993. I had been on my own a lot throughout the pregnancy and even though my partner still shared the house, he was often off playing football and cricket for UKC – he was very good but as you know, the social side is just as busy and with work to be done, I felt like a single parent for a lot of the time.

But I wasn’t lonely! After the school run, I would go into Uni, with Tom strapped to my front, my baby bag on my shoulder and my books and work on my back – on the bus – it was easy to read on the way in and check my essays.

I went to all of my lectures and seminars with Tom strapped on – I always got a seat at the back in case he cried but he never did – I must have looked such a sight though, with a bottle under my chin, feeding him and writing my notes! It got better – I also rescued a puppy that had been found in a black bin-liner with siblings. The trauma had been too much for Bronte(!) and she would chew the rental furniture and carpet!! So I started taking her into Uni with me too! She was in a shopping bag on my shoulder, Tom on the front, books and baby stuff on my back!! We only did that occasionally, due to the times of lectures but I remember her licking my face as I tried to take my notes – I must have looked like a mad bag lady!

One strong memory is of a 72 hour exam – I collected the paper and went home, getting straight on it but when it came to typing it up, using a very old and large computer, at 3 or 4am on the last night, with Tom crying (teething) the computer suddenly crashed and I lost the lot! I remember crying and talking to myself at the same time, ‘You are not going to give up!’ But it was tempting! However, I just cracked on and managed to finish the essay, got on the bus at about 9am, ran the pushchair to the drop off point, with minutes to spare! I could see the other students going off to the pub to celebrate but I just went home to sleep!!!

When I graduated, I cried all the way down the aisle – I could hear Dan shouting out ‘Well done, Mum!’ It was a memory I will always cherish!

Years later – Tom became a student at UKC, playing football and cricket for them…and so life goes round 🙂

After leaving UKC, I trained for one more year in Southampton, attaining my PGCE in English and Drama. I started work straight away, teaching disadvantaged students in Pupil Referral Units (PRU), rising to Leading Learning Practitioner and Behaviour Manager in a PRU in the New Forest.

In 2016 I made the decision to pack up and travel, with the hope of getting a job in Spain – and here I am in sunny Valencia, aged 57, still making my dreams come true!