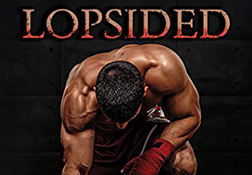 Alumnus, Rasika Silva, who studied Comparative Literary Studies and Film Studies at the University of Kent between 2005-09 has recently written and published a short memoir called ‘Lopsided’. The memoir primarily records Rasika’s difficulties with Multiple Sclerosis, which he was diagnosed with a year after graduation and chart’s the development of his condition from the beginning until now.

This is the story of a young man embattled within himself as he tries to deal with the ever-growing condition commonly known as multiple sclerosis. It charts his life in detail, through a panoply of various stylistic techniques, from his first relapse when at home and while still a teenager through the various phases that followed. His eventual diagnosis and ‘the melting pot’ encountered in university life were all transformative in the man he has now become.

The story wishes to touch the hearts of others like him and find common ground in the illnesses which they face.

You can buy a copy of Rasika’s book here: https://www.amazon.co.uk/Lopsided-Rasika-Dillon-Silva-ebook/dp/B084RQZWRY