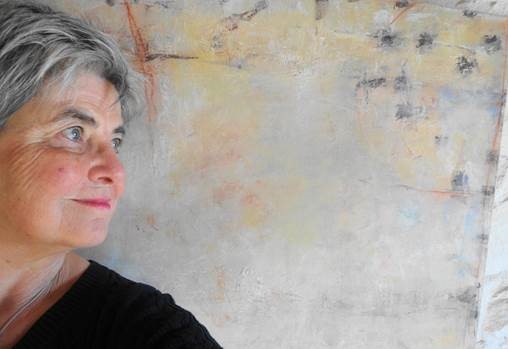 I set foot in Rutherford College in 1966, at the age of 17, the first person
in my Irish immigrant family to have been to grammar school and then
to university. I had actually wanted to go to art school, but students got a
bad press in those days, and art students were the bottom of the heap. So
no point in insisting. As it turned out, my parents were too sceptical of
the whole idea of higher education to make up the shortfall in my grant.
This created financial problems, even though -remember full
employment?- I did paid work every vacation. But my feelings were
wholly joyous, delighting in the new freedom of being independent, and
the groundbreaking new course ‘ Britain in the Contemporary World’
opened a door onto an extraordinary joined up world of learning.
‘ Only connect’, Professor Ian Gregor’s mantra (from EM Forster) was a
lesson I learnt by heart. It took me into several European languages,
contemporary philosophy, politics, history, literature – and linked back
to the visual art which fascinated me.
Life on campus was dominated by my mundane drive to get one
(prepaid) square meal a day. Sitting with the public school boys at dinner
in hall was a big mistake as, well practised, they could wolf the entire
meal on the table in a second after grace was said. Buying books wasn’t
an option, but the library was heaven – over heated and never over
crowded. Subs to societies or sports facilities weren’t feasible either, but
the walk down to Canterbury town through orchards was sublime. My
boyfriend, a London architecture student, got vetted by the ex-
Nyasaland policemen on the gate, who kindly turned his blind eye to our
ongoing love affair – fifty years later, I’m still grateful. Occasionally the
‘guards’ would stage early hours fire drills – assembled shivering on the
bridge, we all tried to pretend the suspiciously large number of students
present was entirely correct.
And, fifty years later, I’m showing my paintings in Kent.
It was a circuitous route, taking in 27 years teaching in state schools, but
the opportunity that was given to me, against the odds, to learn how to
learn in a way that got beyond face value, dealt with the difficult
questions in life, is one that I will always treasure. I had the luck to be
part of British life – suddenly opening up and becoming more inclusive –
in the sixties. An expatriate for almost two decades now, my children and
grandchildren all Europeans, I just hope British society has not changed
so much since June 23rd 2016 that a trajectory like mine – no great fame
or acclaim but a solid entry into a professional job and regular,
continued links with Europe – has become impossible.
OneOneSix Gallery Tenterden Kent – New Paintings Christina Briggs
7 March-16 April 2017.
christina-briggs.odexpo.com