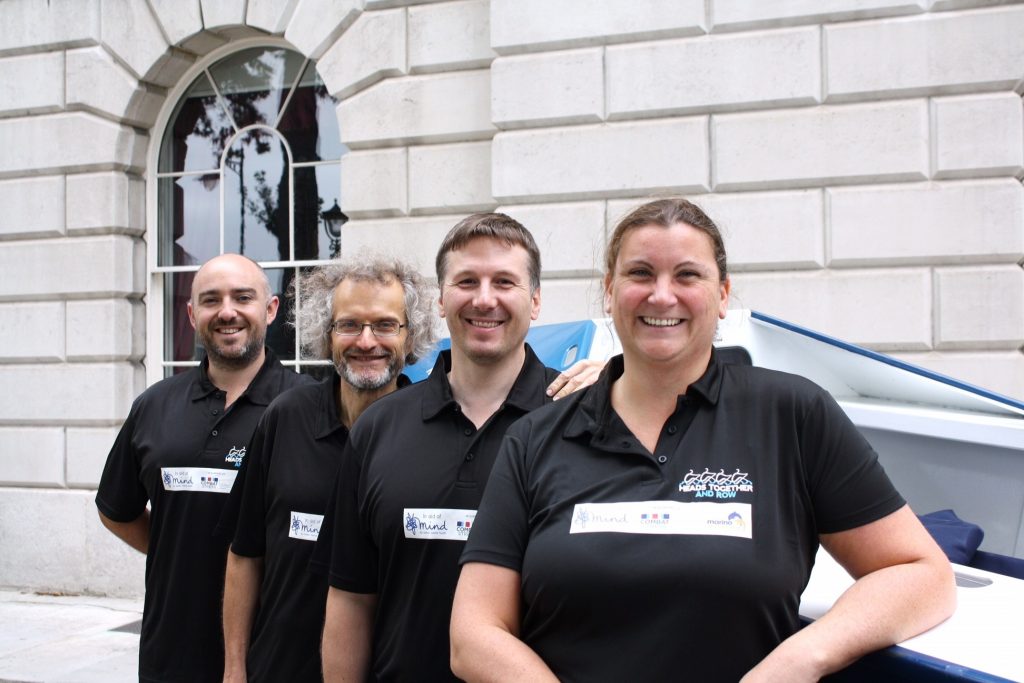 Alison Wannell (Darwin 1997), is setting herself the ultimate test of mind and body next year – by attempting to row from the Canary Islands to Antigua as part of the Talisker Whisky Atlantic Challenge, an annual event, is the world’s toughest row.
Alison, 38, now based near Bath, has teamed up with Jeremy Reynolds, 39, Justin Coleman, 51, and Toby Gould, 36, to form Heads Together and Row. They will leave La Gomera on 12th December 2017 in a rowing boat measuring approximately 7 metres by 2 metres, with the aim of arriving in the Caribbean, some 3000 miles away, around eight weeks later.
Alison, who met her colleagues through race organisers Atlantic Campaigns, is aiming to raise money and awareness for Mind, Combat Stress and the Marine Conservation Society.
Alison has good reasons for choosing those charities; “All of us have had connections with mental health issues in the past, Jeremy was in the army as was both my father and step-father so I’ve grown up with close ties to the military. In addition, given the environment that will be our ‘home’ for several weeks, and the parlous state of the world’s oceans, it also seems fitting to raise money for marine conservation.”
The whole crew are keen that this challenge is about more than just raising money for charity. “Funds are crucial to enable our charities do their invaluable work but it is important to change the stigma surrounding mental health if real positive progress is to be made”. Heads Together is a campaign spearheaded by the Duke and Duchess of Cambridge and Prince Harry to change the conversation and end the stigma surrounding mental health. The crew are supporting the work of their campaign while raising funds for two of their partner charities.
Commenting on the challenges the four will face, Alison said “This is an endurance feat like no other. More people have been into space or climbed Everest than rowed the Atlantic. As well as the obvious physical dangers from mountainous waves, storms and shipping, we’ll be suffering sleep deprivation, bruises and salt sores, as well as the difficulty of getting on with three other people in a very small, sometimes dangerous space. It will push us to our limits, mentally and physically.
“Once we’re at sea we’ll be entirely self-sufficient. We take all our own food and make fresh water using a desalinator. It’s going to be a pretty basic existence”
But there are pleasures to be had alongside the suffering. “It will be a pleasure and a privilege to experience being in the middle of the Atlantic. We’ll get to encounter wildlife at close quarters and amazing sunrises and sunsets. I’d imagine the star gazing opportunities will also be pretty spectacular!”

This venture will only be possible with financial assistance and Heads Together and Row are offering corporate sponsorship opportunities to help them meet the costs of the challenge and enable them to concentrate on supporting the Heads Together campaign and raising funds for their charities.
For details of how you can help and to find out more about the challenge and the crew, visit www.headstogetherandrow.org.uk, or follow them on Facebook and Twitter @htandrow.