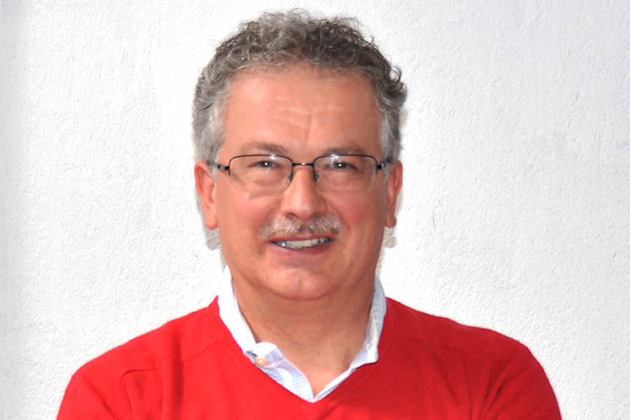 Tom Wingate (Rutherford, 1978), a Kent alumnus who graduated in 1981 with a BA (Hons) in English and History & Theory of Art, will open a co-educational British International school in Mexico City in August 2016, with a second campus due to be opened in 2017.

The Wingate School, which was featured in The Telegraph, will offer a British curriculum, an attractive proposition for many of the expats in the country, many of whom have re-located to Mexico to work in the technology, oil and transport industries. Whilst 80% of the classes will be taught in British English, lessons in geography and history will be taught in Spanish.

Tom, whose favourite memories of Kent include the teaching staff and long post-exams games of football played on the hill overlooking Canterbury Cathedral, has worked in education ever since he graduated from Kent, with a swerve of one year in art insurance. ‘After my degree at Kent, I did my PGCE (English, secondary) at TASC, University of Leeds, and, later on, an MEd at Georgia State University and an MA (Victorian Studies) at Birkbeck College, University of London.’

Tom’s wife Elena, who obtained an MA in Economics from Kent in 1982, has been a diplomat for the Mexican government for many years, working as an expert economist in the trade commissions. ‘Her work has entailed our moving from place to place according to her posts, so my job has worked around hers. It has, actually, helped me develop my skills as an educator as I have had to ‘remake’ my career time and again. In the last 30 years, amongst other things, I have been a principal of a school in Atlanta and in the English Department and administration of the wonderful City of London School. I also have been lecturing at three universities here in Mexico City, one American (training teachers within an MEd) and the other two Mexican.’

Drawing upon his long career in education, Tom was inspired to set up The Wingate School, at which he will take up the role of head teacher.‘ I didn’t want to reach 83, look over my shoulder and ask ‘What if I had tried to found a school’? I’ve been in education for over 30 years, it ought to be the case that I know something by now! And you can get a bit bored working for others, frequently believing you can do an even better job’.

The school will be a family-run affair, with Tom’s son, a math’s teacher, and his daughter, an admissions and administrator coordinator, working alongside him. ‘It’s good to think that it will be in their hands one day. I hope The Wingate School will touch young lives and help form solid, educated citizens who will make a real difference in society.’