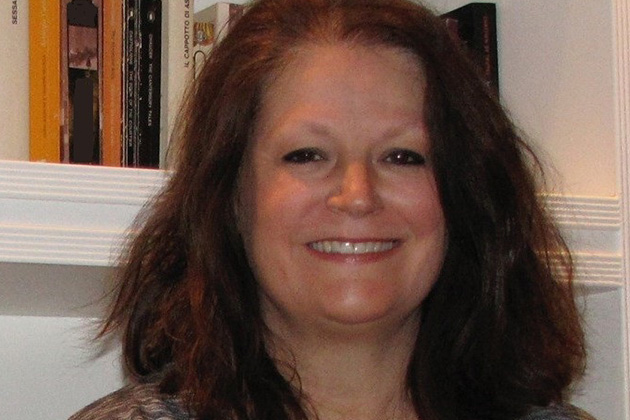 Amanda Thomas (Eliot, 1979), who graduated from Kent in 1983 with a BA (Hons) in Italian, is a non-fiction author and journalist based in Hertfordshire. Her latest book Cholera: The Victorian Plague, which took two years to research and write, has just been published by Pen and Swords Books, and explores the story of the disease that devastated Victorian Britain and brought about major changes in sanitation and society.

‘I have a fanatical love of history, and always loved language, literature and words. I have written stories since I was a very small child – I even produced my own newspaper at one stage!’ says Amanda.

Upon graduating from Kent, Amanda’s experience of working as Features Editor on the University newspaper Incant enabled her to secure her first job with a small, specialist magazine publisher in London.

Three years later, having obtained a position in a mainstream magazine publishing house, she decided to take a side-step and began work with a PR company that specialised in television and music, and was involved in the launch of satellite television in the 1980s.

After becoming a mother, Amanda joined history societies locally and in the Medway Towns in Kent where she was born, and was asked to create a journal to support the Medway Archives and Local Studies Centre in Strood. ‘It was as Editor of The Clock Tower that I began to establish myself in the heritage sector, commissioning and writing articles and getting to know people. I wrote – and networked – prolifically’ explains Amanda. ‘But it was only when a distant cousin asked me why some members of our family had disappeared in Lambeth in the late 1840s that I became interested in the cholera epidemics of the 19th century.’

Following an article in The Clock Tower, Amanda was commissioned by the American publisher McFarland to write the book The Lambeth Cholera Outbreak of 1848-1849 (2010). ‘The publication of the Lambeth book created a lot of opportunities’ says Amanda. ‘I worked on a programme in Series Ten of the BBC’s Who Do You Think You Are? and The Flying Archaeologist on BBC4, in which I also appeared. I continued writing about 19th century social history, including a piece for Your Family History magazine on the Lambeth cholera outbreak for the publishers Pen and Sword. Following this, their book division commissioned me to write Cholera: The Victorian Plague, which was published in September this year.’

Amanda has since agreed to write further titles for Pen and Sword, including a book called The Non-Conformist Revolution, which will explore dissenting entrepreneurs in the 18th and 19th centuries.

Amanda believes her work in PR has greatly benefited her career as an author. ’Being a successful writer is not all about publishing books. There are very many careers where a good writer can use their skills. Journalism is the obvious one, but it is important not to overlook jobs such as PR where the ability to write clearly and well is essential. Best-selling, high-earning writers are rare, and if you are lucky enough to have a book published it helps to have networking and marketing skills which equal your ability to write’ she explains. ‘I am also fortunate that my husband, David (Rutherford, 1978), supports me – he also patiently listens to my rants on things like infectious disease and social injustice!’

The best piece of advice Amanda has ever been given was by Willie Landels, the Editor of Harpers and Queen magazine in the 1970s. ‘When I was at school I wrote to him asking how I could become a journalist and he kindly invited me to his office in London’ explains Amanda. ‘His advice was to “Never stop writing,” though I would add to that – take every opportunity and never lose sight of your dream.’

Amanda will be signing copies of Cholera: The Victorian Plague at Rose Lane Waterstones in Canterbury on Saturday 28 November 2015 from 11.00.