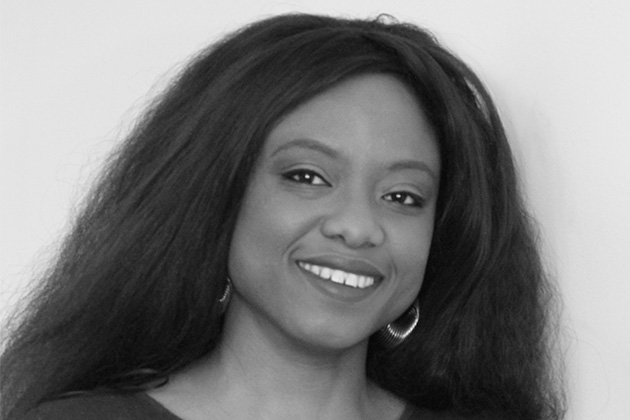 Chioma Nnani (Rutherford, 2005) graduated from Kent in 2008 with a Bachelor of Laws (Hons) in Law. She is now an award-winning author, who contributes to business, lifestyle and literary publications. She is a 2014 BEFFTA UK (Black Entertainment Film Fashion Television and Arts) Award nominee, who lives in Lagos and writes a ‘Memo from a Fearless Storyteller‘ blog.

I’m a proud Kent alumna.
I consider myself a walking advertisement for the University.

I made the decision to attend Kent without visiting the campus. I hadn’t attended a UCAS Open or Visit Day, which would have been the opportunity to visit the campus before making a decision. I’d been told when I was at college in Oxford, that Ian Grigg-Spall, who was at Kent at the time, was “one of the brightest legal minds in the country”. Unfortunately, he never taught me (when I did make it into Kent). But I was in awe of the guy.

I watched ‘Legally Blonde’, and was blown away by the fact that the characters could defend a real client, in a real court. And I thought, “Too bad they don’t do that at British universities.” Then I found out that Kent did. There’s a law clinic, that all students of the Kent Law School are welcome to join. And there’s an optional module called Clinical Legal Option – students on this module get to represent real clients in real cases, in the areas of Employment Law and Immigration Law. The students are supervised by qualified solicitors, who are staff of the Kent Law Clinic.

I didn’t get on the module – they do a ballot, as it’s usually oversubscribed. Many people who make it into the Kent Law School, want to be on that module. There were about 300 people in my class, and about the same number in final year. There were only 25 places on the module. Hello, ballot!

The other thing that makes Kent stand out is the fact that it’s a “critical law school”. So, there was a compulsory module we had to take, in first year. OK, in first year, ALL our modules were compulsory. We didn’t get to choose; we had to take (and pass!) what we were given. And there was this 15-credit module called A Critical Introduction To Law. The Convenor wouldn’t let you get away with being stupid, he would pick holes in your non-argument if you couldn’t defend what you believed. “Just because!” (in any shape or form) was not an answer. He would smile, while he decimated your non-argument. He would smile, while you exposed the fact that you hadn’t thought something through – before coming to (what you thought was) your conclusion; a sorry-excuse-for-a-conclusion, that was easy for him to destroy. Mainly because you didn’t know what you were talking about. And this was first year.

‘Critical Intro’ was the module that taught me to think for myself. And to be OK with holding an unpopular opinion that I’d reached AFTER thinking for myself. Classes and seminars were like overload of that scene in ‘Legally Blonde’, where the lecturer asks if Student A can stake Student B’s life, on an answer that Student A gave. And you see that total hesitation, because Student A is suddenly unsure of what they thought they knew.

At the time, I hated it because it made me question religious institutions and dogma – in other words, it tried to teach me to think for myself. It tried to get me to confront things that I suspected deep down weren’t right, but I was too afraid and/or indoctrinated to admit.

To decide whether what I said I believed, was really what I believed; or if it was something I’d been fed, and accepted because it was the comfortable thing to do. It didn’t happen overnight, though. Although I was more focused on trying to pass the module at the time, it sowed a seed; one whose germination I only realised long after I’d graduated from the University of Kent.

Kent gave me more than “multiple pieces of paper, by the end of my three years”. It wasn’t just about the curly fries from Origins Bar in Darwin College, or the Snakebite Cider from the Venue, either. Or the knowledge that money could really stretch on Monday nights in Nando’s – student nights. Or how that a night out at Wetherspoons is not ‘being cheap’. It was all of that, and so much more.

Kent made me question things; no matter whose cultural or religious sensibilities are offended. It helped me to loudly voice my discomfort with mediocrity. It’s the reason I can ask, “What are the real consequences of this or that decision? Am I really OK with dying inside, just so that I won’t be seen as ‘rocking a boat’?” It helped me to become able to unashamedly make a distinction between fact and fable, truism and theory.

Kent gave me an education.
Kent helped me find my voice.
And in doing so, Kent saved my life.