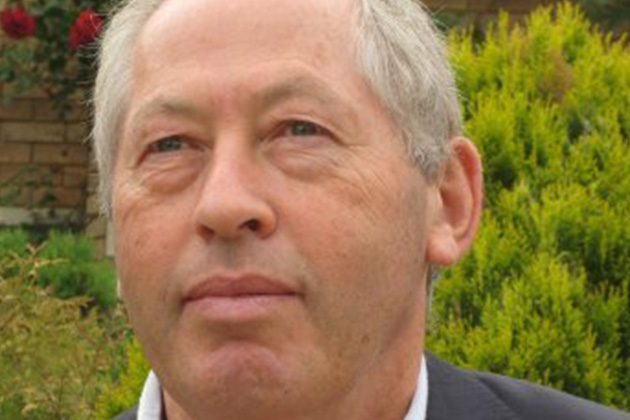 Having graduating from Kent in 1973 with a BA (Hons) in Economic & Social History, Richard Gould (Rutherford, 1970) is now Chief Executive of Villiers Park Educational Trust, a national social mobility charity which is making a substantial contribution towards improving access to university for under-represented groups. He is also a published author and has written a number of romantic fiction novels.

In this week’s blog, Richards talks to us about his journey since graduating from Kent, and how he forged a successful career in two very different spheres.

‘After completing my Economic & Social History degree, I took a PGCE qualification at Christchurch ahead of teaching in Kent and the Netherlands. Having taught for 15 years, and thoroughly enjoying it, I wanted to do something different. I took a Masters in Management and was recruited by an educational charity working with able post-16 students and their teachers. The launch of the Gifted & Talented initiative established Villiers Park Educational Trust as the leading organisation in the UK providing for highly able A-level students. In my role as Trust Director I sat on the government’s strategic advisory board, keynoted at national and international conferences, and co-wrote Developing Very Able Students at Post-16 (2009) and other publications.

During the 10 years of the Gifted & Talented programme, a lot of good work was done to change culture and ethos in schools through highlighting and celebrating achievement. Just at the point when more and more schools were embedding the initiative, the government pulled the plug on funding and our charity was left with a big decision: do we carry on regardless? One thing evident in looking at success rates for those with the highest ability is that many massively underachieve; those most likely to do so are from disadvantaged backgrounds. Their more privileged peers, even those bored to death at school due to insufficient challenge, know what’s needed to get on in the world; good examination results and a degree at the end. This factor determined our future.

We shifted the focus of our charity to addressing social mobility, specifically supporting high ability students from disadvantaged backgrounds to ensure they succeed at school, gain access to a university and thrive once there. Not surprisingly, much of our work has been with university widening participation departments. Our Scholars Programme is equal to the best out there in terms of outcomes and I remain passionate about helping the young people we work with to maximise their potential.

I have another career based on my second passion; writing fiction. I began writing about 15 ago and during my ‘approach-every-agent-possible’ period, several picked my dark humour about relationships as the feature they most enjoyed. Having initially had little interest in getting published, quite suddenly I wanted it loads. I needed a genre and my fiction seemed to loosely fall within Romance. This makes me a bit of a rarity because very few men write romance and very few read it. It provides me with a niche in a crowded market: a male take on relationships from a male protagonist’s point of view. My novels include social commentary covering class, gender, culture and society. There’s humour, too, running through my fiction. This embraces compulsive betrayals (in The Engagement Party), an attempted suicide (in Nothing Man) and even murder (in A Street Café Named Desire). Starry-eyed romance it is not; my characters aren’t alpha males, they’re middle aged with juggernaut loads of baggage.

Being selected for the New Writers’ Scheme by the Romantic Novelists Association was an important step towards finding my publisher, Accent Press. Before that, I had self-published on Amazon, with considerable initial success but the market has got so saturated that it’s become ever more difficult to gain visibility. I have two novels published, The Engagement Party (2014) and A Street Café Named Desire (2015) with two more in the pipeline for 2016 release.’