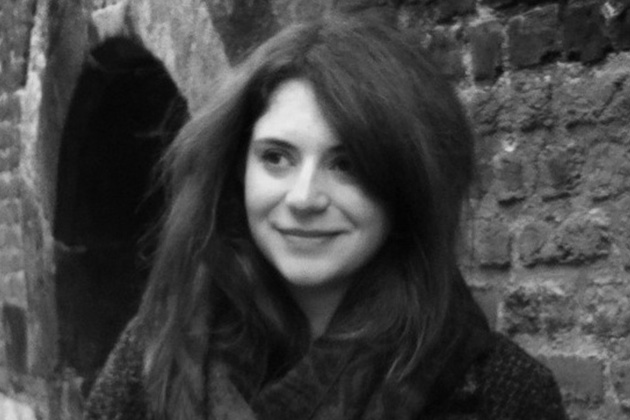 Following on from the successful run of The Siege of Calais by Gaetano Donizetti at the Marlowe Theatre, which she promoted alongside English Touring Opera (ETO), Cécile Beauvillard (Eliot 2009) is about to embark on a new role as Press & Marketing Officer for the company. Her role will involve working with the national and local press to ensure ETO receives the best possible coverage, and working on specific marketing initiatives around the UK.

After graduating from Kent in 2013, Cécile pursued an MA in Cultural Policy and Arts Management in France before moving to London and working for Digital Theatre as their International Partnerships Coordinator. ‘It was the best experience I could have leaving University. I worked on so many incredible projects there, such as filming ‘The Crucible’ at The Old Vic’ says Cécile. She also worked on shows as an independent producer and worked with Yves Blake, Shadwell Opera. ‘It was a steep learning curve and a great way to start in a sometimes daunting industry’ explains Cécile.

Cécile’s career has taken a very different direction to the studies she pursued at Kent. ‘I started at Kent thinking my degree in Politics and International Relations would lead me to work in a think-tank or the UN. Then I met the Kent Music Theatre Society crew! Singing and dancing, rehearsing several times a week, creating costumes and sets…I had the time of my life. And I realised I wanted to find a way to always have that much fun!’ explains Cécile.

‘Initially, I was scared when I realised that what I really loved was theatre and music when I was almost through my Politics degree. It felt like I had missed the boat. But then I think when you receive a high-quality education in an inspiring environment like Kent, it’s all about transferable skills. I had learnt three languages, diplomacy, had a foot across France and the UK, and my first job at Digital Theatre as International Partnerships Coordinator enabled me to use these skills – and transfer them to an area I am passionate about. ‘

Her advice to anyone wanting to embark on a career in theatre production is to find artists that inspire you. ‘Get in touch with young practitioners who will need your talent as a producer as much as you’ll need their craft, and create something together’ advises Cécile. ‘Don’t be afraid to knock on the doors of people that do your dream job or are producing your dream show. Don’t settle, go for it. And when in doubt, remember your graduation day at Canterbury and how filled with promises that day was!’ She also recommends people watch or read Steve Jobs’ Commencement address at Stanford University. ‘Do it, something will just click in your brain’ says Cécile.

Cécile has many favourite memories of her time at Kent, including the Kent Musical Theatre Society shows, the ‘Introduction to Modern Political Thought’ module with Ian Mackenzie and the fact that being with so many different people from so many different countries felt like she was part of a big community. And it certainly seems like the University has had a significant impact on Cécile’s life: ’I met a Law student in front of the Templeman Library in December 2010… and we’re getting married next summer! We survived the Parkwood vs Tyler Court rivalry in the end’ she says. ‘I think Kent made me more confident, and opened me to the idea that I could do anything. And I think that is exactly what an outstanding university should induce! #ProudtobeKent!’