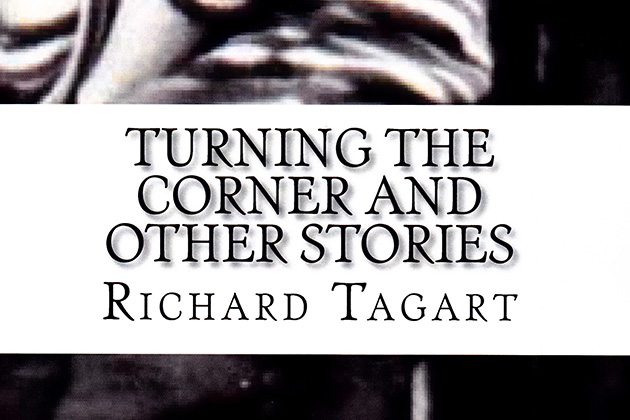 Richard Tagart (Eliot 1978), who obtained both a BA in 1978 and an MA in 1983 from Kent, has published his first collection of short-stories on Amazon.

The title story Turning the Corner is loosely based on his experiences at Kent in the seventies, with The Year I (Almost) Got Married and A Christmas Carol being Kent-linked, and the parents of the twin-narrators of Leaving Home also being Kent graduates.

‘Writing is in the family’ explains Richard. ‘Poldark author Winston Graham was my grandfather’s younger brother, and I grew up hearing about Ross and George, Demelza and Elizabeth, as if they were real people, not characters in a book.’ Richard began writing in his teens and penned the oldest of the short stories in the early 1980s. Dissatisfied with what he had written, he put the stories in his bottom drawer where they lay forgotten.

Upon graduating from Kent, Richard began to work in education. He moved to Antwerp in Belgium to teach at a British International School, and during this time he completed an MA in Education with the Open University. Having decided that administrative duties and meetings were superseding the teaching element of his role, he moved into translation and teaching English as a foreign language.

‘Then in 2012, two things happened’ explains Richard. ‘I had a reunion with several secondary school classmates, who asked if I still wrote, and then I found the old stories whilst clearing out a cupboard in my parent’s house, and decided they weren’t so terrible after all. Soon after, I came across the photo which now features on the cover of my book, and it took me right back to the days in 1976-7 when I flat-shared with several fellow students in Herne Bay, and had the idea of writing a story based on that experience.’

Richard describes how writing often throws up ideas and scenes that can’t be used at once, but lead on to a new story. ‘The title story Turning the Corner led on to The Year I (Almost) Got Married, in which two people who almost got married as Kent undergraduates bump into each other years later’ he says.

He is often inspired by incidentals, such as finding the photograph, or else hearing a song from the past. ‘The whole story can appear in outline, or the opening and/or closing words only, which then gives the challenge of how to build the structure of the story to link the two.’

Richard’s advice to those wanting to write fiction is not to over-prepare. ‘You need an idea, a situation, a story, but you need to begin without too much preparation, or you’ll run the risk of getting bogged down’ he says. ‘The best advice I’ve ever received is that it’s never too late to start writing!’