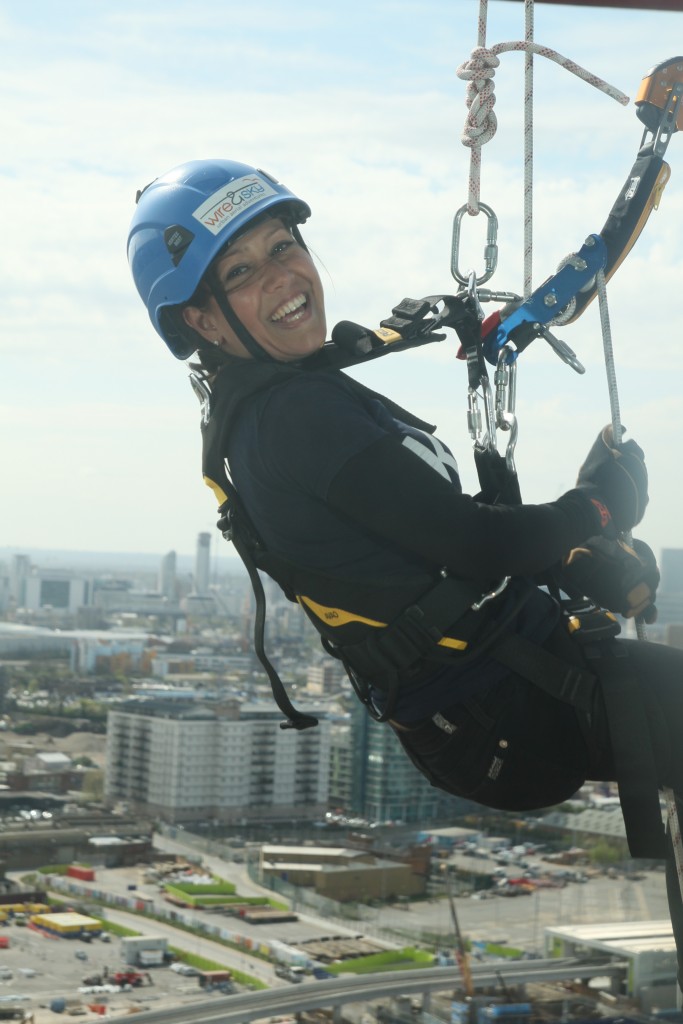 The ArcelorMittal Orbit, which was constructed to commemorate the London 2012 Olympic and Paralympic Games, is the UK’s tallest sculpture and plays host to the UK’s tallest freefall abseil, with views of up to 20 miles across London.

Natalie said: ‘I was quite apprehensive to abseil down the ArcelorMittal Orbit when I realised that it was a free fall abseil rather than down the side of the structure! Luckily it was a lovely sunny day and the wind wasn’t too strong. The most difficult part of the abseil was making it over the ledge and allowing your body weight to hang entirely on the cables. After that, it was all about taking in the spectacular views and trying not to get swept away by the wind! Thanks again to all my friends, family and Kent connections who took the time out to support and sponsor me.’

Natalie’s abseil has raised an incredible £1,426.36 so far towards the Kent Law Campaign, a     £5 million project to build a new home for the Kent Law Clinic, which provides free legal advice and representation to members of the local community who need but cannot afford access to legal services, and the University of Kent’s Mooting programme.

To date, Natalie has raised in excess of £7000 towards the Kent Law Campaign, a staggering amount for which the Campaign sends her its heartfelt thanks.