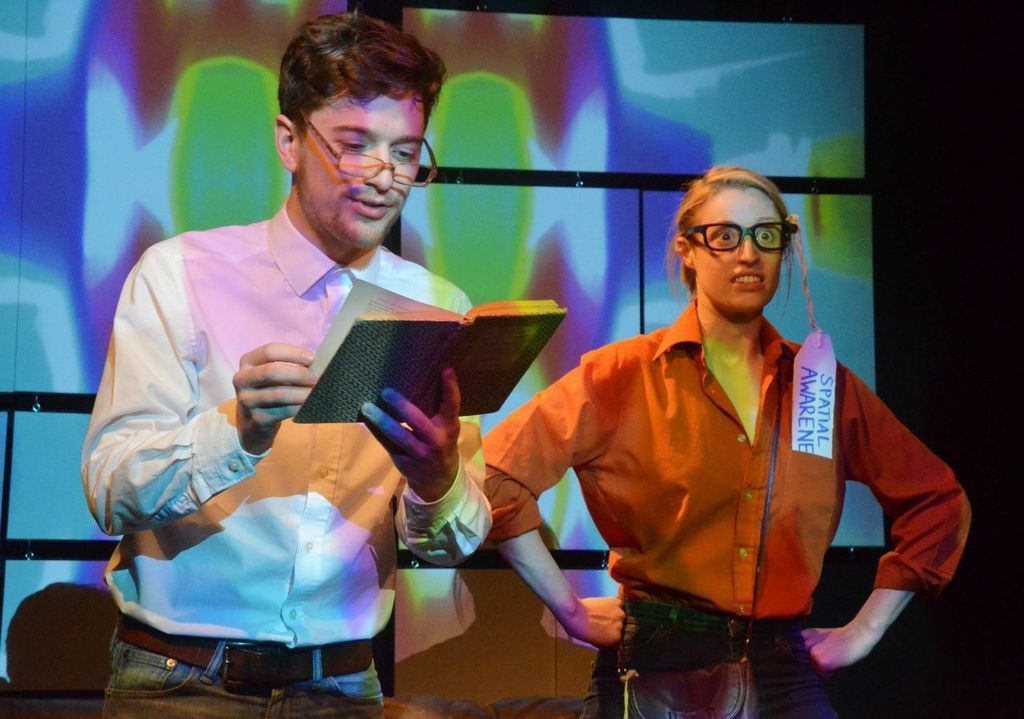 Rachel Savage (Darwin, 2004) and Jess Cheetham (Darwin, 2005) met and became friends whilst they studied Drama and Theatre studies at Kent. After graduating in 2009, Jess formed the Spun Glass Theatre company, which creates theatre pieces that explore the barriers to love, and breaks down classic texts in order to address the modern issues within them. Rachel and Jess’ paths crossed again when Jess cast Rachel, now an actor, in her devised production, You Left Me in the Dark, inspired by Chekhov’s The Seagull. ‘It was a site responsive piece, performed in the Old Police Cells in Brighton for the Brighton Fringe Festival a couple of years ago’ recalls Rachel. ‘It was a testament to Jess’ vision for atmospheric creations, as it won an Argus Angel Award, one of the main festival awards’.

The duo have since joined forces again, this time to run a Kickstarter campaign for Spun Glass Theatre’s latest project, The Lovers. Inspired by The Lovers of Shakespeare’s A Midsummer Night’s Dream, the theatre piece explores the chaotic nature of love and looks to explore the weight of gender stereotypes.

The piece recently enjoyed a very successful Research and Development (R&D) period with funding from Arts Council England (ACE), in which the characters were switched so that they were in same-sex relationships, and ran symposiums discussing issues of sexuality and gender, which were streamed online and led to people across the country discussing the issues raised.

The success to the R&D was so positive that Spun Glass Theatre has decided to take The Lovers to a full scale production. In order to raise funds to get the production on stage, the team have launched a Kickstarter campaign, and they need your support! ‘If we can show that there is a vested interest in this project by achieving our Kickstarter fundraising goal, with an audience willing and eager to see it, we will be eligible to apply for additional funding from ACE, so that we can take this production on a small scale national tour’ explains Rachel.

To find out more about Spun Glass Theatre, including details on how you can show your support for The Lovers, visit https://www.kickstarter.com/projects/spunglasstheatre/the-lovers-0