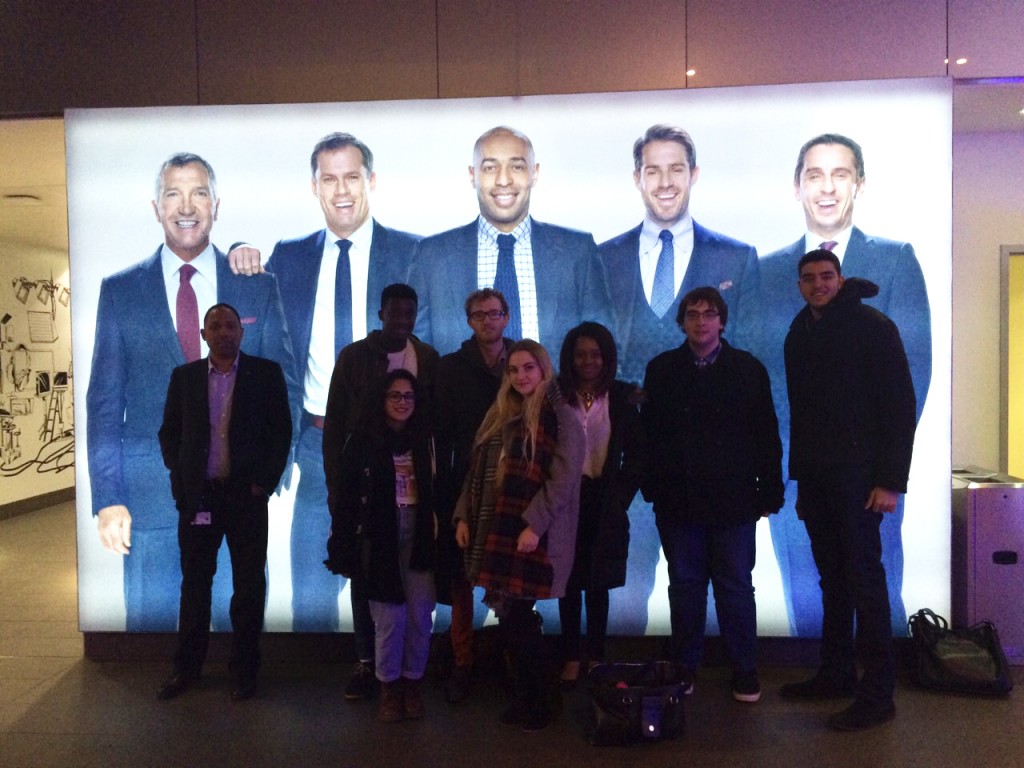 Alumnus Ainsley de Silva (Rutherford 1987) invited students to visit the Sky studios in London in February 2015. The invitation came after Ainsley, who works for Sky, spoke to current student Keith Donkor during the autumn 2014 Telephone Campaign, and they discussed Ainsley’s career in the media.

The group were shown how the broadcaster operates the vast selection of content that is available to customers, and how the various channels were controlled and monitored. ‘We were able to use a simulator of the Sky News channel monitoring station, which was slightly nerve wracking, even for our computer science student!’ says Keith.

The students also visited the Sky skills studio, where they were given the opportunity to produce, direct and film their own news report.

‘I really enjoyed making our own news report and watching it back – it wasn’t the best report, but we had a lot of fun creating it!’ says Keith. ‘A big ‘thank you’ to Ainsley and Alexandra for showing us around, the tour was a great experience, and the day was topped off by meeting Chris Kamara and getting pictures with him!’

If you would like to offer similar opportunities to current Kent students, please get in touch.