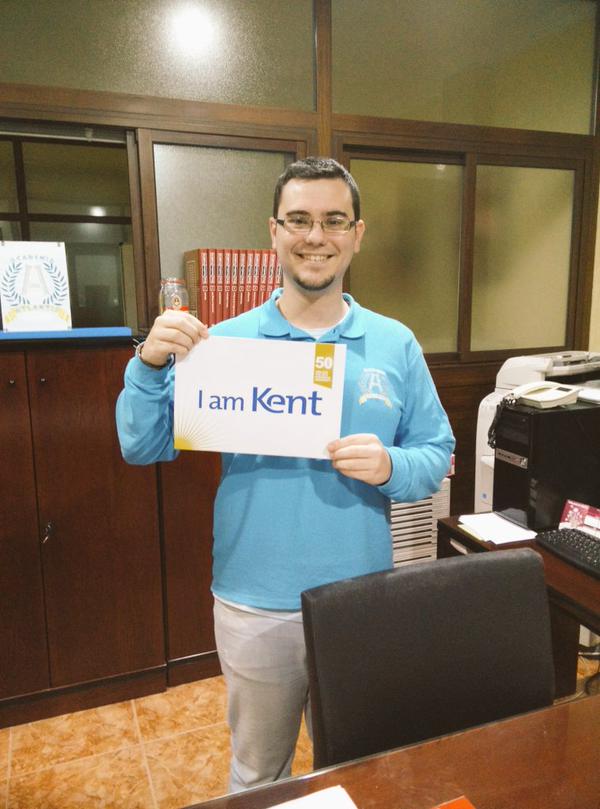 Alumnus Antonio J. Gracia Rodriguez (Darwin 2010), who pursued English studies at Kent in 2010-2011 as part of his year abroad, has opened his own education centre in Andalusia, Spain.

The centre, Academia Atlantis, provides extra lessons to students from primary and secondary education, as well as university students, helping them with various subjects including languages. ‘People have become more aware of the importance of knowing another language, which is why centres like ours are becoming increasingly popular’ says Antonio.

He credits his year at Kent as being one of the best university experiences he’s had. ‘My independence grew, along with my self-confidence, and I made friends from all over the world. I still keep in touch with my old Kent friends, and follow the latest news from the University’ he says.

Antonio always wanted to become an English teacher, and his time at Kent made him more determined than ever to achieve his goal. ‘I learned a lot of methodology and developed my English language skills. I took several courses, ‘English Language in the Media’ and ‘English Language Teaching’ among them, which were the boost I needed to teach English’ he explains.

Two years after leaving the University, Antonio was finally able to turn his teaching dream into reality, and opened Academia Atlantis. He hopes that the business will one day become a certified examination centre. ‘We know this takes a lot of effort, but we’re on the right track. Right now we’re helping university students to prepare for PET, FIRST and CAE tests, which are vital for them as they are required to have a second language certificate at the end of their degree.’

His advice to anyone thinking of setting up their own business is to always plan ahead. ‘Make a realistic budget and stick to it. Try to re-use materials from closed businesses; I saved a lot of money by using equipment from former offices. Also, when dealing with banks for a loan, never settle with the first offer they give you. It’s better to study several offers from as many different companies as possible.’

He admits that the initial stages of setting up a business can be exhausting, but believes that if you stay focused on your end goal, you will overcome any barriers that stand in your way. ‘The best piece of advice I’ve been given is to never give up on your dreams and to always be yourself, no matter what people think or say’.