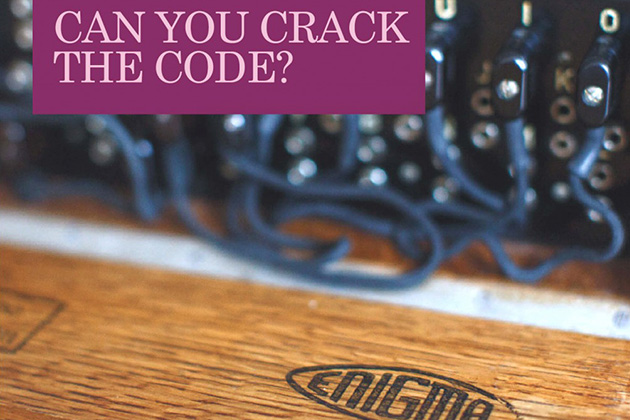 Alumni, students and school children are being challenged to see if they can unlock the secrets of Second World War coding systems.

Launched by Kent’s School of Computing, the Kent Crypto challenge is a series of texts encrypted with one of the famous Enigma machines used by Britain’s code breakers during World War Two.

The competition coincides with the University’s 50th anniversary celebrations and the 2015 opening of the University’s new college, Turing. The building is named after celebrated Computer Scientist Alan Turing, who is renowned for cracking intercepted coded messages between Germany and the Allied forces which significantly shortened the Second World War.

The Kent Crypto Challenge, which is open to Kent students, alumni and local school children, will award cash prizes to winners in each category, including a bronze, silver and gold level of difficulty. Entries are accepted until 25 May 2015.

The Challenge is supported by the Enigma Outreach programme, part of the Bletchley Park Trust, who enabled the School of Computing to create the code for the competition using one of their Enigma machines.

Will you be the one to unlock the secrets of Second World War coding systems?