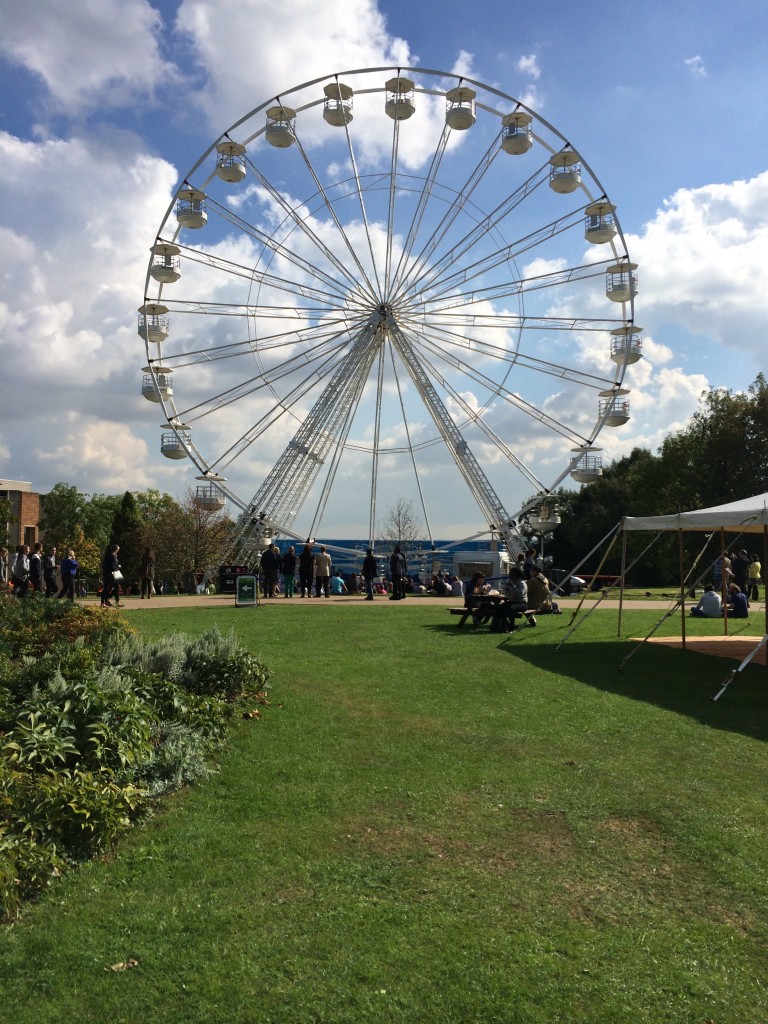 The University of Kent welcomed the largest attraction from its 50th anniversary celebrations to the Canterbury campus on Wednesday 24 September.

Standing at 33m tall and holding 24 ‘pods’, the Kent Wheel is located on the lawn between Eliot and Rutherford, and offers spectacular panoramic views of the University and the beautiful city of Canterbury. Deputy Vice-Chancellor Professor Keith Mander officially opened the Kent Wheel at a special ceremony in which he spoke of the many changes in the political and cultural landscape over the past 50 years.

The anniversary year will be officially launched on 1 and 2 October at the Canterbury and Medway campuses, and the celebrations will then be taken to Kent’s postgraduate centres in Brussels, Paris, Athens and Rome, with many of the University’s alumni groups also hosting their own 50th events throughout the year, including groups in the USA, Hong Kong and Malaysia.

The year-long festivities will celebrate the University’s rich heritage and recognise those who have made the University what it is today, whilst also celebrating the present achievements of its staff and students, and looking to create a lasting legacy to inspire future generations of students.

Professor Keith Mander said: “The University’s anniversary activities over the next year will give everyone the opportunity to be involved in and reflect on Kent’s many successes and achievements over the past fifty years, as well as contribute to the course and direction of the next fifty.”

The Kent Wheel will be on campus until 19 October 2014, and will then return to the University from 1 July 2015 until 15 October 2015, therefore giving all alumni and guests at the Alumni Reunion Weekend in September 2015 the chance to take a ride and see the campus as you’ve never seen it before. Don’t miss out! It will take your breath away…