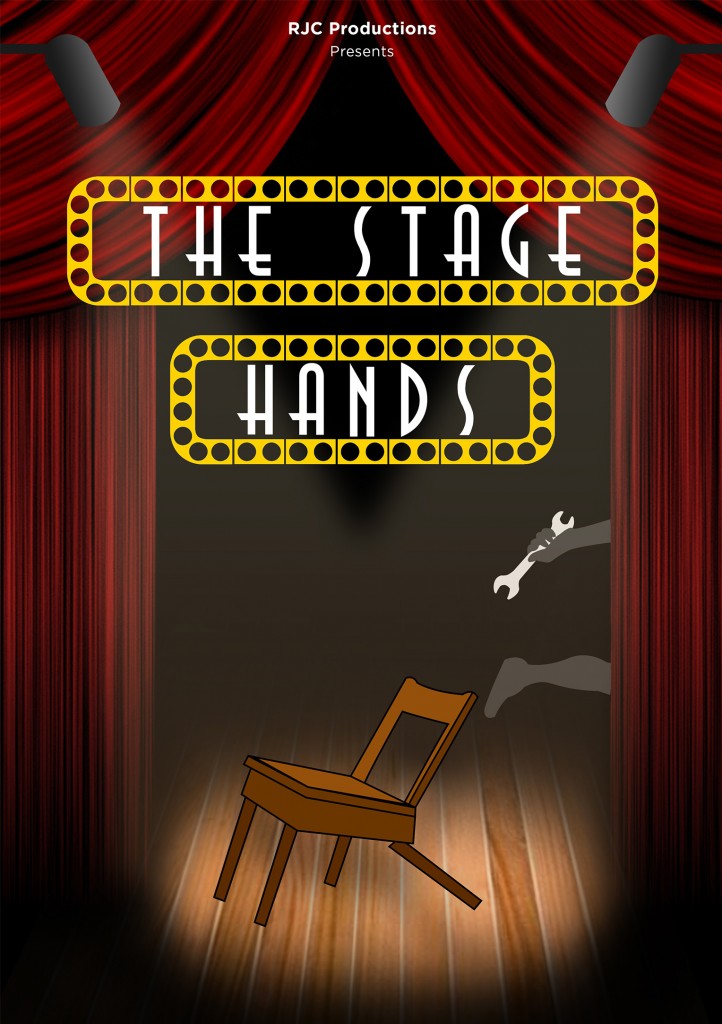 Alumna Becky Callaghan (Darwin, 2009), has written and directed a play which recently received rave reviews when it was performed at the Gulbenkian theatre at the beginning of September.

The Stage Hands, which was produced by RJC Productions, a production company set up by Becky and her sister, is a comedy about theatre staff who, having grown tired of dealing with difficult and demanding actors, decide to take back control, and make one too many ‘mistakes’ once the curtain goes up on the show’s opening night.

The play is based on Becky’s own personal experience as a Stage Manager: “Most production companies I met were really good to work with, but occasionally we would get very demanding and arrogant people! I often wondered whether they realised that we could make them look like fools onstage if we wanted to, and so I just couldn’t understand why they would be so unpleasant. I thought how funny that scenario could be, and the idea came from there!”

Becky, who graduated from Kent with a BSc (Hons) in Mathematics in 2013 and is currently studying for a PhD in Operational Research at the University, has been writing stage plays and musicals since she was fifteen. Her best piece of advice for anyone who dreams of writing is to set a time dedicated to writing: “There are so many people who love writing or have so many good ideas, but they never actually get round to doing it. Life tends to get in the way, so you need to schedule in a time and have the discipline to sit down and write.”

Becky’s ultimate goal is for the play to become a long running professional performance, and hopes to be able to turn her passion for theatre into a career: “It would be amazing to be able to continue writing stage plays and musicals full-time!”

RJC productions will be taking the show to London’s Waterloo East Theatre in December 2014, and hopes to show it at several other theatres across the capital.

To see an interview with Becky Callaghan, or to find out more information about RJC Productions, please visit www.thestagehands.co.uk