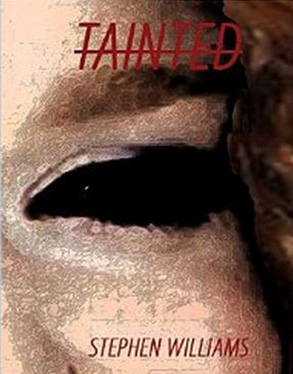 Stephen Williams, who graduated from Kent with a BA (Hons) in Film Studies in 2003, has published his first novel.

Tainted, which edges between the horror and dark fantasy genres with a hint of romance, is not only an apocalypse horror, but also a tale of doomed love for the novel’s heroine, Isobel, who comes from a broken home and an abusive upbringing, and of her search to re-discover herself, and become who she was always meant to be.

Stephen says: “The inspiration I had behind the book was an image I had stuck in my head of a young woman with pitch black eyes. It just wouldn’t go away, and one day on the bus to work, I just started writing the novel. I wanted to find out who this woman was, and what had happened to her. Tainted is extreme, but it’s more than a bloodbath, it has layers and it has heart. Since I started writing, I’ve become the person I always wanted to be, and so Isobel’s journey reflects my own over the last few years. ”

Tainted is now available to purchase on Kindle.