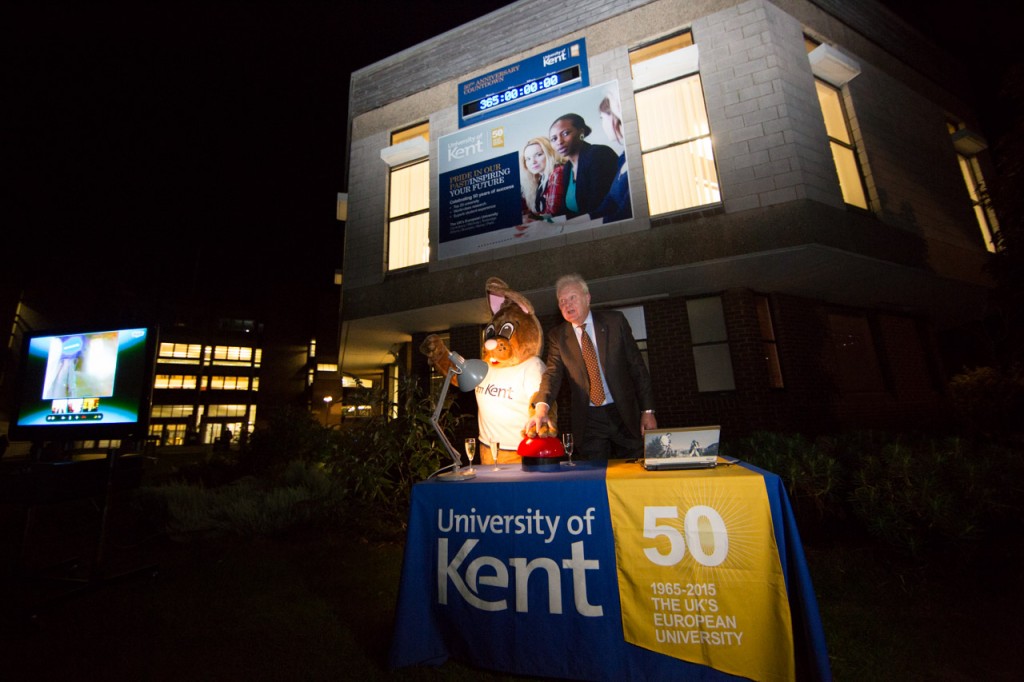 Alumnus and member of the First 500 group John Platt helped the University to kick-start the countdown to its 50th anniversary year.

John was the special guest at an official ceremony held on campus at Canterbury on 1 October. He switched on the newly installed countdown clock, which is positioned on the side of the Senate building and will tick down time until 1 October 2015 – the date the University’s 50th year officially starts.

John Platt said: ‘When I joined Kent as one of the first 500 students almost 50 years ago I never imagined that it would grow to become such a successful, innovative and inspiring place to be. Now there are almost 20,000 students and campus centres in Europe. We’ve come a long way in 50 years and as a proud alumnus I’m looking forward to celebrating those achievements with everyone at the University over the coming year.’

To learn more about the University’s plans to mark its 50th anniversary year and find out how you can get involved visit our dedicated website at www.kent.ac.uk/planningfor50/