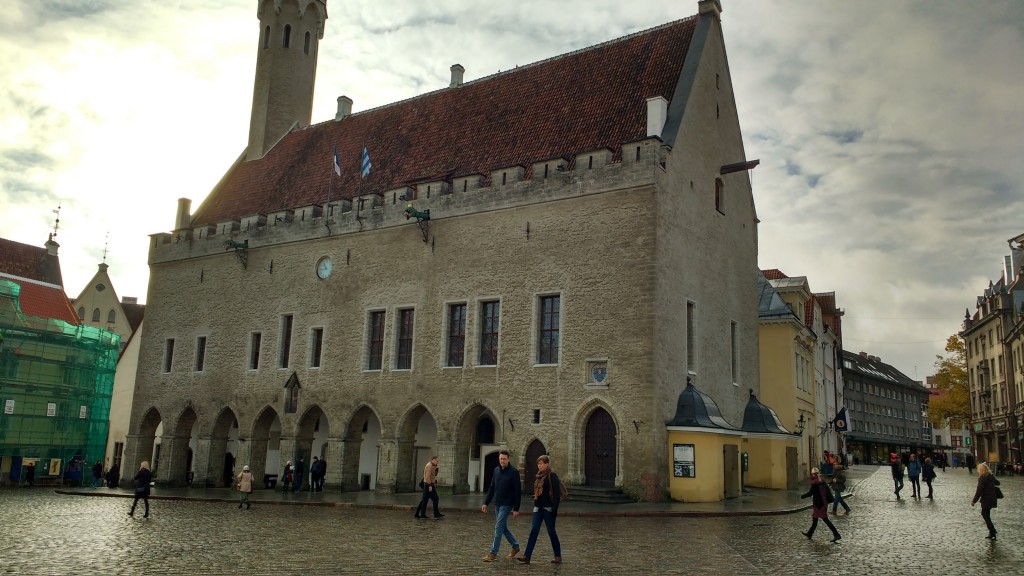 In thinking how I might sum up my experiences of attending the European Conference on Information Literacy (ECIL) in October I was reminded of a parable that I read earlier this year on a friend’s Facebook page. Subsequent research has shown that it’s a story about reading the bible, but the version I read was a secular tale about a boy trying to imitate his grandfather by reading his most treasured book and struggling to understand it. In the story the boy complains that not only could he not understand most of the book, but that he also couldn’t remember any of the parts he did understand after reading them. The grandfather asks the boy to take an old, dirty wicker coal basket to the river and bring him back a full basket of water. The boy does this several times with increasing impatience because every time he does so the water has leaked through the holes in the basket. Despite trying to do the river basket run faster and faster the boy finally gives up and in exasperation complains to his grandfather that the job is impossible. At this point the grandfather asks the boy to look at the basket which of course has been transformed. Instead of being black and covered in coal dust the basket is clean.

I guess you can insert your own moral here and I don’t really subscribe to the idea of repeated reading of one book being able to clean a person’s soul (indeed fixation on a single text is slightly counter to the entire concept of information literacy as I understand it). However my experiences at the conference did remind me slightly of the boy’s attempts to deliver the basket of water to his grandfather, except in my case the basket was Evernote and the river water was over 40 years of sustained, diligent research into an area of library and information science, the lessons from which I now believe should be a fundamental part of everyone’s basic education.

So the reason I was at the conference was primarily to present a paper on copyright literacy which I had written with Dr Jane Secker from LSE. It was at the previous year’s conference in Dubrovnik that Jane had learned about the international copyright literacy research project initiated by Dr Tania Todorova in Bulgaria and at the end of 2014 she and I launched some research in the UK to discover what librarians, information professionals and curators in cultural institutions knew and thought about copyright. Since then Jane and I have discussed and written about what links copyright and information literacy and whilst I feel there’s still a lot of thinking to do on this I think the two things that struck me after attending the conference were creativity and politics.

However in order to understand these links properly we need to think about both politics and creativity from a wider lens. Politics does not just mean party politics and creativity does not just mean starving artists in garrets, or boffins in sheds inventing gizmos. Universities are central to the political and creative processes and I feel very privileged to have one as my employer. They have a long history of both supporting and driving innovation and acting as a crucible for the development of public policy. However as Information Literacy looks to spread its influence wider in line with the UNESCO Alexandria Proclamation of 2005 it needs to influence the way in which people approach their whole lives, not just those who are involved in formal study or research. Young children need to be protected, but also have a right to seek their own information. Older people may spend time thinking about their impending demise and may be left behind by the increasing pace of technological change , but society is impoverished when they are excluded or even left to die (as one think tank suggested).

An example of an information-related political decision that I hadn’t previously considered as such would be what drugs someone chooses to put in their body. From self-medication in the aging population  to recreational drug users using the dark web the information landscape relating to health has changed dramatically. As Danny the dealer in Withnail says “why trust one drug and not the other? That’s politics innit?”. I also thought about the ways that the social networks people create can act as a filter of certain political views, what Eli Pariser calls ‘Filter bubbles’. However I was interested to hear about the way the recent Scottish referendum created an explosion in the desire to access information.  Younger people were demanding more information, but in fact what they needed were the skills to appropriately evaluate that information.

As for creativity, my thoughts were triggered by the number of new people I met who changed my perception of the world. I thought about the way that constructing your own social and professional networks is a creative act, as is anything that involves synthesizing and building on existing concepts and components to create something of value. Whilst the overriding political narrative about creativity for our current government is to create value for the economy, my thoughts were often with my family back at home. I believe that being a parent and making sure you are not just repeating the mistakes of the past whilst still holding on to the values that make life worth living is fundamentally about creativity. Although this might suggest a more utilitarian view of creativity, it’s also about aesthetics – appealing to people’s tastes and preferences in order to create an enjoyable environment in which to learn and discover. Access to information and the ability to use it to make personal decisions to create rather than destroy in the face of emotional and physical challenges is fundamental to civilisation.

Having thought about the relationships between information and these different aspects of life I also had time reflect on what this meant for my and Jane’s presentation on copyright literacy. Copyright is just one of a range of things which can trigger anxiety for those who are trying to create something new. Everyone wants to have a clear conscience by doing the right thing and although psychology shows that we all justify breaking rules from time to time, this is not ultimately a comfortable or constructive position to be in. When the political process delivers a legal framework which does not support activities that the majority of people feel they have a reasonable right to do, there is a place for informed dissent. People need to have the skills to make sure they are fighting the fight worth fighting.

My overriding sense from the conference was that there is a hugely powerful and committed network of clever, diligent and creative people working in this area. I swung from baffled confusion to overwhelmed sentimentality by way of wide-eyed wonder (with a bit of hysterical laughter thrown in). However in the chaos ensuing from the introduction to new concepts and intriguing links between things I was already aware of, I became aware of something fundamental about the way I want to spend the rest of my life. In order to fulfill my roles as colleague, parent and connected citizen I will try to stay creative and become more political. This doesn’t necessarily mean I’ll be joining a political party, or that I’ll be buying a beret or a smock, but it does mean there is a lot of work to do. And if my visit to ECIL is anything to go by, a lot of fun to be had too.

Update October 2016 – I wanted to state following recent political developments in the UK that my trip to Tallin was made possible through Erasmus Plus funding. Whilst the future of the Erasmus Plus scheme is uncertain beyond 2017/18 I would encourage anyone who has the opportunity to pursue overseas professional development options to do so and to push back against the rising tide of insularity in the UK. Those at the University of Kent can contact erasmus@kent.ac.uk for more information.