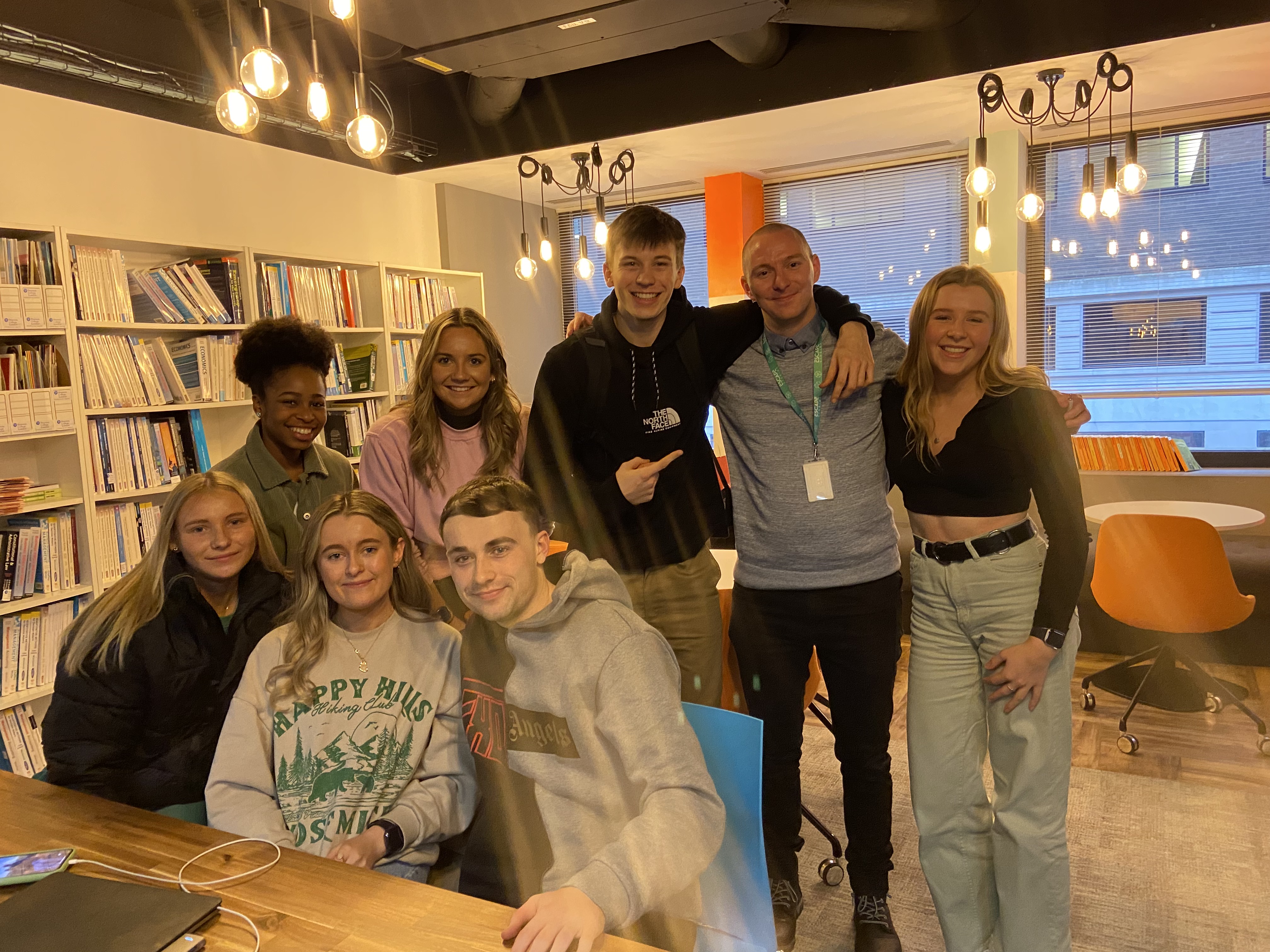 Apprentices, employers and academic staff gathered together for the virtual awards ceremony in order to bring together our key stakeholders from across the country. Dr Anthony Manning, Dean for Global and Lifelong Learning hosted the event alongside Betty Johnson, Business Development Manager, who was at our London-base with the Chartered Manager apprentices.

The award categories were for Apprentice of the Year, Employer of the Year, Academic of the Year and Apprenticeship Advisor of the Year. The nominations were plentiful and the competition was tough, so tough that we couldn’t not have a Highly Commended in each category.

Apprentice of the Year went to Shuja Medhi from GSK. Shuja is a Level 6 Clinical Trial Specialist and has been studying with the University for three year. Upon receiving the award, Shuja said; “I never thought I would be an apprentice, my original plan had been to study medicine but life happened and I am pleased to have found this position within GSK. It has been incredible to be part of a life-changing company and the opportunities I’ve had within the clinical trials worlds has been amazing. Thank you to everyone for the award, it is an incredibly happy moment.”
The Employer of the Year award went to Kyndryl whose nominations were from their apprentices. The company was credited with putting apprenticeships high on their agenda, and as a fairly new organisation, it was brilliant to hear how the apprentices felt they were very much part of the company’s journey. Denise Day, Early Careers Leader for Kyndryl, accepted the award and said, “I am absolutely delighted. After separating from IBM, we had to move quickly and the apprentices went not only to a new employer, but also to a new university. It has been really hard work but I want to thank the apprentices and the University. I am so excited about this next year, it is going to be amazing.”
The Academic of the Year went to Trevor Gerhardt, and due to the online ceremony being broadcasted from our London-base at One90 High Holborn, the Chartered Manager apprentices who voted for Trevor were on-hand to cheer his award. Trevor had many nominations that named him as “stellar” and applauded his ability to make dry content into something that would “make Netflix proud’.

Throughout National Apprenticeship Week (7 – 13 February), the University of Kent have been hosting events for employers and showcasing the amazing work being done by our apprentices. The nominations for the awards came from across all of our higher and degree apprentices and employers and it was fantastic to hear their feedback and praise for each other.

Dr Anthony Manning said of the awards, “Awards like these are so important in recognising the importance of apprenticeships and the effort that goes into this form of training. Our apprentices have to balance work alongside study, which is no mean feat, especially during a pandemic. It was great to bring so many of our learners and employers together to celebrate the achievements of the past year and to share our passion for apprenticeships and lifelong learning. Congratulations to all the winners, runners up and nominees.”

The University of Kent has been offering Apprenticeships since 2011 and offer a range of apprenticeships in areas such as science, economics, social work, policy making and business and management.
To find out more about our Higher and Degree Apprenticeships, please email recruitapprenticeships@kent.ac.uk