It’s the end. Cases are packed. Summer jobs replace exams and deadlines. Offices are emptying; library books are back on the shelves. Is anyone still out there? And are you doing any writing?

If so, Sam Jordison and Stefan Tobler may want to know about it. They are on the hunt for literary talent and when they find it, they shout about it. Against the odds, the finance and the logistics they have compelling success stories to tell. They may look and sound gentle enough, but Jordison and Tobler are dynamos of the indie publishing world and an increasing threat to the bosses of big book publishing. 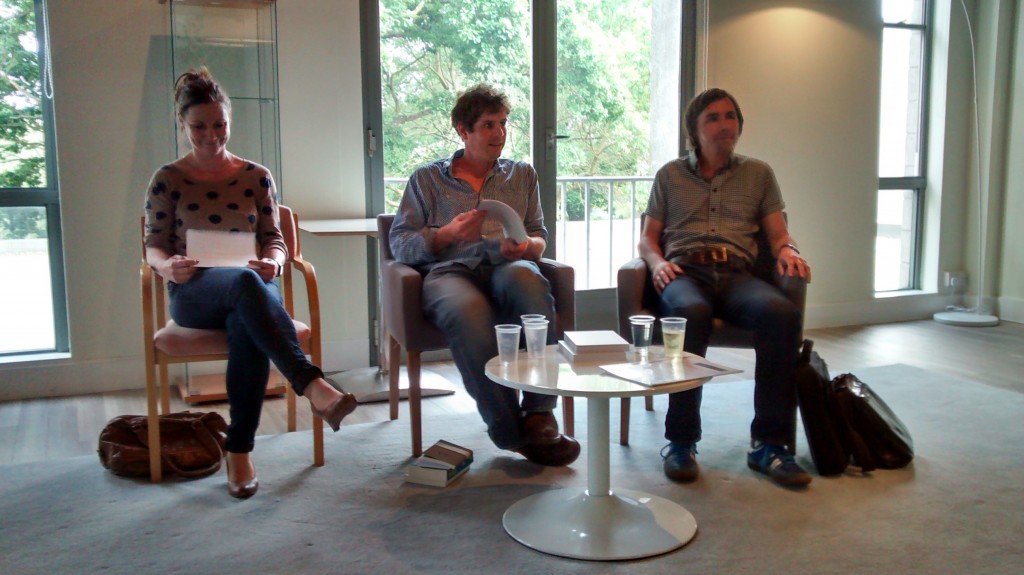 Jordison set up Galley Beggar Press in 2011 with Eloise Millar and their bookseller chum Henry Layte. It began when Layte was approached in his Norwich bookshop by an author unable to place his manuscript, a curious bit of ‘autobifantasy’ about the writer’s great-uncle Robert Graves. Layte read it and passed it to Jordison and Millar, who felt it had to be seen. Unwilling to leave the author at the mercy of vanity publishers, Jordison and co set up a press and printed a thousand copies of the book. The White Goddess: an Encounter by Simon Gough received rave reviews. ‘Thankfully’ says Jordison ‘we sold all the copies, so we didn’t go bankrupt.’

Since the first of those thousand copies hit the shelves, Galley Beggar Press has thrived, building a steady reputation as a publisher of solid literary fiction with surprising sales potential. When they launched Eimear McBride’s Baileys Prize-winning first novel ‘A Girl Is A Half Formed Thing’ last year, they knew it was good, but Jordison hadn’t foreseen the level of success it would bring. ‘Having a big prize winner on the list has been a huge boost.’ If you look for a copy of the novel on the GBP website, the gratifying words ‘sold out’ appear – but they certainly don’t apply to the publishers themselves, who are holding firm to their indie mantra of being ‘an old fashioned publisher for the 21st century’.

It’s a similar story for & Other Stories, the press set up by Stefan Tobler in 2010. Tobler was a freelance translator with a passion for Brazilian poetry. Frustrated by the decisions of big publishers who, for commercial reasons, failed to invest in writers deserving of an audience, Tobler set up his own company to do just that. & Other Stories publishes quality fiction and poetry written in and translated into English. Starting small with seed funding from the Arts Council, Tobler looked to the 18th century business model to run his press. ‘We run by subscription’ Tobler explains. By using crowd funding, the emphasis is not on pleasing a board of directors but on bringing books to an appreciative audience. Pay an annual subscription fee – ‘the cost of a magazine’ – and you can receive up to six books a year through the post, and know you are helping keep the publishers and their principles afloat. More on this, and on the ethics of the press, which is run as a not-for-private-profit company, can be found on the & Other Stories website.

Tobler’s dream of bringing a new readership to existing writers has extended into publishing debut novels. Like Galley Beggar Press with McBride, & Other Stories hit gold with the publication of Deborah Levy’s Swimming Home, shortlisted for the Booker in 2012. Titles from indie presses are filling up the literary shortlists. While the big publishers remain risk averse, smaller houses have the time to invest in new or overlooked authors. ‘We are small and agile as an indie press’ says Jordison. ‘We are not tied to some person that has the chequebook. We are the chequebook!’ Tobler agrees, although he admits the chequebook is still pretty small. What about the lure of money for writers who are getting some interest? ‘Big publishers can take up authors once they are established’ says Tobler. ‘We’ve both lost authors that way.‘ It’s a sorry tale of riches over loyalty, but both publishers shrug it off – they have earned their stripes this way. And there are plenty of reasons why a writer should go indie regardless of the money. Both Jordison and Tobler love books as objects and believe in the aesthetic of the book. They use the same printers – ‘people with pride in what they do’ – to ensure consistent quality. They invest in their authors, promote them, support them with readings and appearances and get their books reviewed and onto prize lists. Alongside the traditional values of book publishing, they embrace the possibilities of technology too. Galley Beggar Press promote the short story as a monthly ebook sent to subscribers, a piece of hand-selling that, as Jordison points out, is only ‘possible through contemporary technology’. For Tobler, Twitter is a useful tool for creating a buzz about a book. ‘A large part of the publicity for literary books is through word of mouth, not on the sides of buses. Social media is great for this.’

If you are looking to get signed up by either press, you could be in luck. Both Galley Beggar Press and & Other Stories operate an open submission policy. You don’t need representation by a literary agent to be considered: there are no gatekeepers in the indie world. All Tobler asks is that you buy one of & Other Stories’ books – a policy that Jordison vows to take on. After all, ‘if you aren’t interested enough to buy one’ says Tobler, ‘why would you want to be published by us?’

Given the evidence, why would you want to be published by anyone else?

Galley Beggar Press is based in Norwich where the founders have their roots. Find them at www.galleybeggar.co.uk . & Other Stories straddles continents, if in an unassuming eco way. Visit www.andotherstories.org to find out how. Both presses and Tobler and Jordison are active tweeters, so do look them up.

That’s it for the term and the academic year. Thanks to our postgrad readers from the last in the Reading Series: Matthew West, Beau Jackson, Michael Milton and Jacob Peatey. Thanks for being at events, for listening, writing and reading.

Have a great summer.