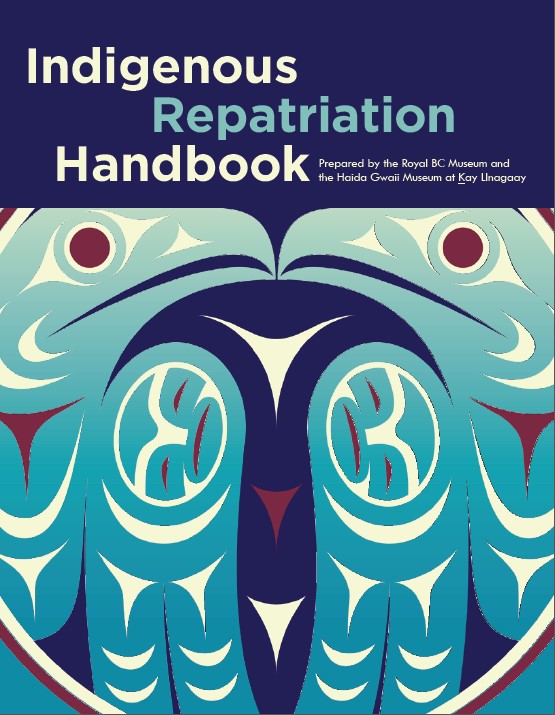 The ‘Beyond the Spectacle’ project has worked with numerous Native American and First Nation visitors and delegations for whom repatriation is a present and important concern. Though this project is not directly embedded within a museum and thus we are unable to directly effect change ourselves, we support repatriation conversations while recognising that repatriation is a complex and often-lengthy negotiated process between community and institution, the details of which are often kept private for legal, cultural and personal reasons.

Through our work we have seen first-hand how imperative it is for Indigenous American communities, who lost so much to colonialization, to be able to reclaim those parts of it which still survive in colonial institutions, particularly those which were taken from their original communities under circumstances which today we would consider unethical or illegal.

We further recognise and commend the important steps being taken towards this goal in continental Europe, recently emphasised by President Emmanuel Macron’s enthusiastic endorsement of the 2017 report, by Bénédicte Savoy and Felwine Sarr, on African colonial collections in France. This reframed the repatriation debate as one in which “The aim is not to empty Western museums to fill up the African ones, but to invent a new relationship based on ethics and equity”, reacting to a climate in which private sales of sacred Native American regalia, including Hopi and Navajo masks continue unimpeded in the French auction market. Museum sector stakeholders in Germany and the Netherlands have followed suit, and recently reported efforts by the Museums Association and the Arts Council here in Britain demonstrate that decolonisation conversations are gaining momentum in Britain as well.

In the last year there has been a significant and critically important intervention in this field with the release of the Indigenous Repatriation Handbook, prepared by the Royal British Columbia Museum and the Haida Gwaii Museum in Canada. A publication developed by collaborating Haida and non-Indigenous museum curators in response to feedback from delegates who attended a 2017 symposium in Vancouver, this volume, available free as a PDF download, is a successful attempt to demystify repatriation for Indigenous communities and raise wider awareness of the complexities and importance of the issue, and as such changes the parameters of this debate significantly. One of its authors is Nika Collison, a curator and Indigenous leader in the Haida community who has spent decades working on repatriating Haida ancestors from museums all over the world and developing lasting and productive relationships between her community and the museums which hold and display their heritage, including the successful This is Our Life project at the British Museum and Pitt-Rivers Museum in 2009.

Written in accessible English and designed in sequential stages, it advises Canadian First Nations communities, especially those who do not have experience in repatriation, on how to navigate the processes involved, in order to manage successful repatriations of cultural material. It covers how to locate collections in museums, how to communicate and negotiate with museums, and how to navigate the legal and ethical issues which can arise when engaging such a complex and critical field.

It supports these key steps with case studies, quoted interviews and extensive appendices which provide guidance on a range of practical factors including details on fundraising, travelling to and from museums, and guidance on how to write formal letters, manage repatriation committees and develop educational resources. Although there is one chapter dedicated to museums seeking to repatriate to communities, the publication is squarely and unapologetically aimed at First Nations, providing them with key tools needed to begin the process necessary to reclaim lost cultural heritage.

‘Beyond the Spectacle’ hopes that every museum professional in the UK who works with cultural heritage which originated with colonised peoples will read this work – it provides in a short, accessible, and carefully prepared Indigenous-led document all of the practical advice and critical engagement necessary to understand the repatriation process and to begin exploring how it might pertain to the collections under their care.

It ties directly to ‘Beyond the Spectacle’s key research themes and programmes, in particular our goal to look beyond a simplistic public face of Native North American presences in Britain and approach the more complex and entangled colonial contexts in which these exchanges took place. Museums are a critical arena for these encounters, and yet many museums in Britain have little expertise and no formal policy on how to engage with their colonial collections and the people for whom they mean so much.

As part of my role in ‘Beyond the Spectacle’ I am currently writing a short book which approaches this issue directly. Looking beyond repatriation alone, the book will explore the ways in which the use of Native American collections in the UK museum sector are problematic and suggest solutions in a manner designed to be accessible and easily reproducible by non-Native museum curators. Its findings are based on extensive interviews with Native museum professionals and visitors and through a formal case study partnership with Hastings Museum and Art Gallery, which has a large Native American collection but which has no experience in this field.

The book is intended to provide both a theoretical underpinning and simple practical guide to the development of lasting, ethical and respectful formal museum policy on Indigenous engagement, bringing the vast colonial collections in UK institutions, one of the world’s greatest cultural and educational resources, into a better and more collaborative alignment with the Indigenous communities from which they came.

More immediately, ‘Beyond the Spectacle’ is delighted to announce that Jisgang Nika Collison of the Haida Gwaii Museum and one of the authors of the Indigenous Repatriation Handbook, will give one of the keynote papers at our ‘Indigenous Mobilities’ conference in Paris, 17th-19th June 2020.

Nika’s presence at the conference will signal the importance of Indigenous futures to ‘Beyond the Spectacle’, the critical necessity for British academia and museums of collaborating with partners in Indigenous American communities, and the vital role of closer alignment between the movements in France, Germany and the Netherlands and the United Kingdom on Indigenous engagement.

Jack’s book for ‘Beyond the Spectacle’, provisionally entitled Native North American engagement with the British museum sector, is scheduled for publication in late 2020 as part of Cambridge University Press’s Elements series.