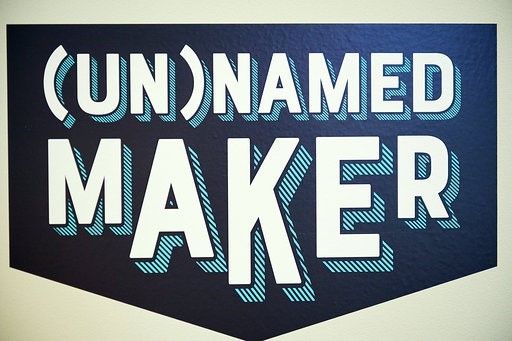 Sonny Assu: A conversation with the Sainsbury Collection

The Sainsbury Collection, world renowned for its unique collection and “homey” feel, has two kinds of artworks in its collection: Works by named Western artists and unnamed works, by Indigenous or non-European artists, which are marred by the spectre of colonial collection practices.

Through the act of decolonising museum spaces, we can learn to recognise how these objects came to be here, and why they remain nameless and silent. Shifting the museum narrative away from the colonial mindset is a focal point within indigenous art discourses, and this conversation will continue to grow, challenging collections worldwide.

As a Ligwiłda’xw/Kwakwaka’wakw person my frustrations with the lack of historical provenance is simple; it is about respect, or lack thereof. Names or kinship to these objects were never a consideration to an 18th-century sailor looking for a trinket to take home. He didn’t bother recording the name of the maker of the Comb (on display here), because to him it was something “primitive” to show his “civilized ” kin back home.

Ceremonial objects, such as the Tlingit Chilkat robe and Raven rattle, for example, have historical provenance that has been lost to time. The owners of these objects and their Chiefly standings were not recorded. And in that, we can never truly know who they belonged to or what their true value might have been.

Even though I’m not directly related to any of these objects, to me, they are ancestors. They are Elders that carry knowledge and wisdom that, sadly, we’ll never know. (Un)Named Maker situates these objects alongside works by known artists – Francis Bacon and myself – moving them from the shadows of primitive art and placing them within the context of art history.

The text above was written for the introduction to an exhibition at the Sainsbury Centre for Visual Arts by the Ligwiłda’xw/Kwakwaka’wakw artist Sonny Assu from Vancouver Island on the Northwest Coast of North America, who was welcomed to the University of East Anglia in June and July 2019 as the second of Beyond the Spectacle’s four planned artist residencies.

Sonny Assu’s residency was very successful, with educational workshops, open studios, and public lectures, ending with an international symposium bringing together scholars and practitioners of Indigenous American art. The centrepiece of Sonny’s residency was his creation of a major artwork reflecting on his engagement with the UK, and in particular his relationship with museum and gallery collections of historic Kwakwaka’wakw art in the UK.

One of Sonny’s major art series has been the Chilkat series. These paintings, rendered in Sonny’s modernist take on traditional Kwakwaka’wakw formline style on large wooden panels, take the shape of Chilkat robes. Chilkat robes are traditional chiefly regalia on the Northwest Coast region, and are individual designs, woven specifically for chieftains by master weavers and featuring the hereditary crests of chiefly families. Each robe combines cedar bark with mountain goat wool in intricate interwoven designs, and takes over a year to make.

Worn in important ceremonies and dances, Chilkat robes are among the most important Indigenous symbols of status, independence and wealth on the Northwest Coast region. It was for this reason that they were among the Indigenous regalia forbidden under Canadian laws which prohibited Indigenous ceremony, dance and material culture, in force from 1884 to 1951.

Part of Sonny’s residency involved discovering these robes in museum collections in the UK and examining them, reading the designs and piecing together their histories. One glaring problem he encountered was that the names of those master weavers who made these complex robes were not recorded by their original collectors. Museums and galleries have preserved the identities of European artists like Picasso or Francis Bacon, but when it comes to Indigenous American masters of the past, their names are lost; unrecorded and missing from displays.

It was with this in mind that Sonny painted his artwork “Dance  as though the Ancestors are Watching”, a painting which reflects the ways in which his ancestors are always beside him, as he explores collections, rediscovers lost Kwakwaka’wakw treasures and develops his art practice in relation to these discoveries. He also curated an exhibition at the Sainsbury Centre for Visual Art, (Un)Named Maker,  that features “Dance . . .” as the centrepiece, alongside the SCVA’s Chilkat robe. The exhibition, on display at the SCVA until the end of the year, also features highlights from the Northwest Coast collection at the SCVA, next to “Dance . . .”, other artworks by Sonny and paintings by Francis Bacon.

(Un)Named Maker seeks to readdress some of the problematic history associated with the presentation of Northwest Coast collections in the UK, to give full credit to the historic Indigenous artists who produced such technically accomplished and beautiful objects, and to explicitly draw links between Indigenous American art and Western abstract art, reflecting on the relationships and transatlantic exchanges between them.

(Un)Named Maker, Sonny Assu: A conversation with the Sainsbury Collection will be on display at the Sainsbury Centre for Visual Art at the University of East Anglia until the end of 2019. Entrance free, though we recommend visitors check museum opening times in advance of your visit. If you view the exhibition, the ‘Beyond the Spectacle’ team would welcome receiving your feedback, via the form on the back of the information sheets provided in the gallery