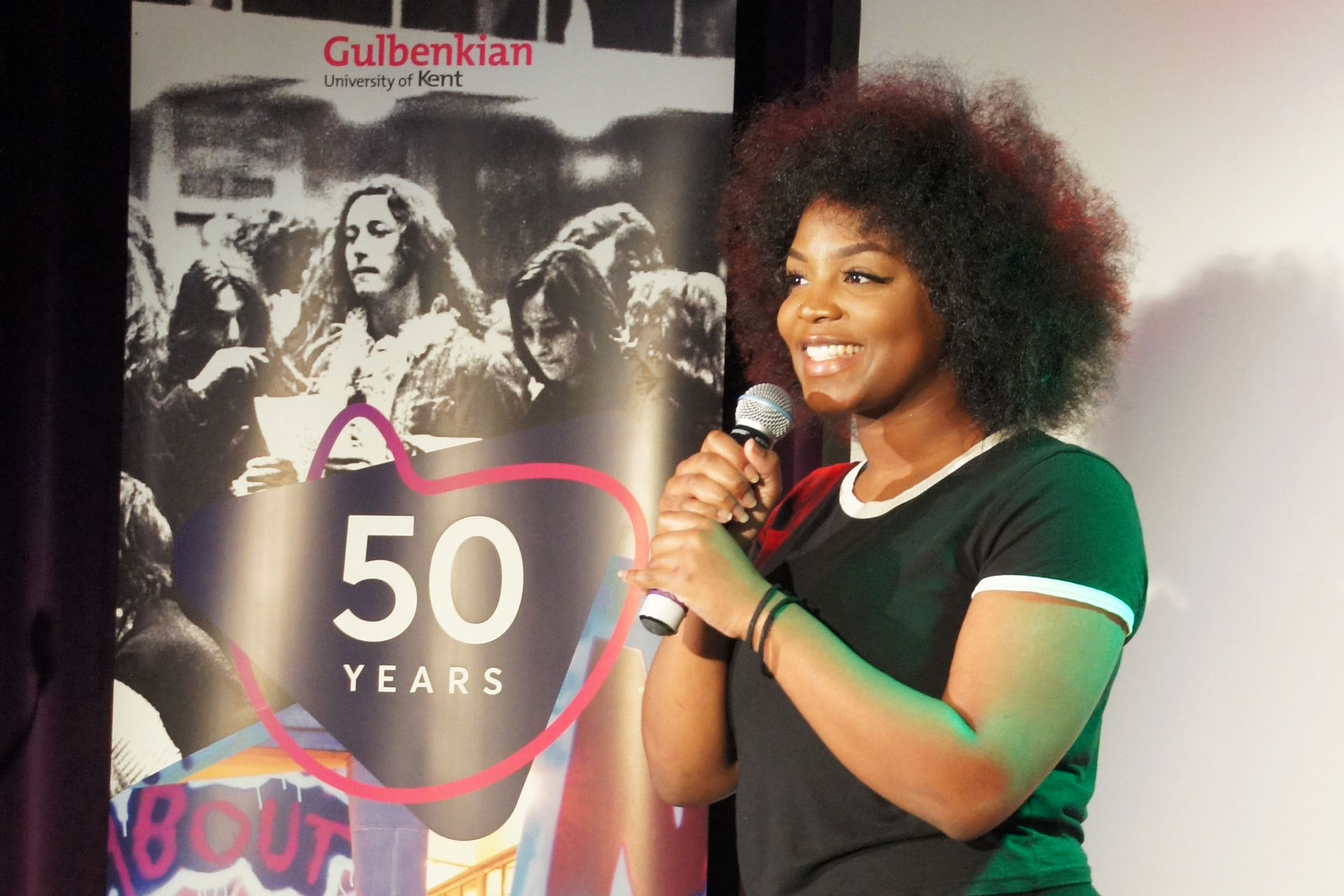 Head of Comedy and Popular Performance, Dr Olly Double shares, “Taylor developed her performance poetry on two modules, starting with Popular Performance in her second year. In fact, one of the performers we looked at was Linton Kwesi Johnson! She further developed her poetry in her third year ‘Creative Project’ module. Both of those modules involved assessed performances at the Gulbenkian, and it was these that drew the Gulbenkian’s attention to her. Now she’s going to be performing alongside one of the performers she studied in her degree!”

Tickets are available to purchase via the Gulbenkian website.