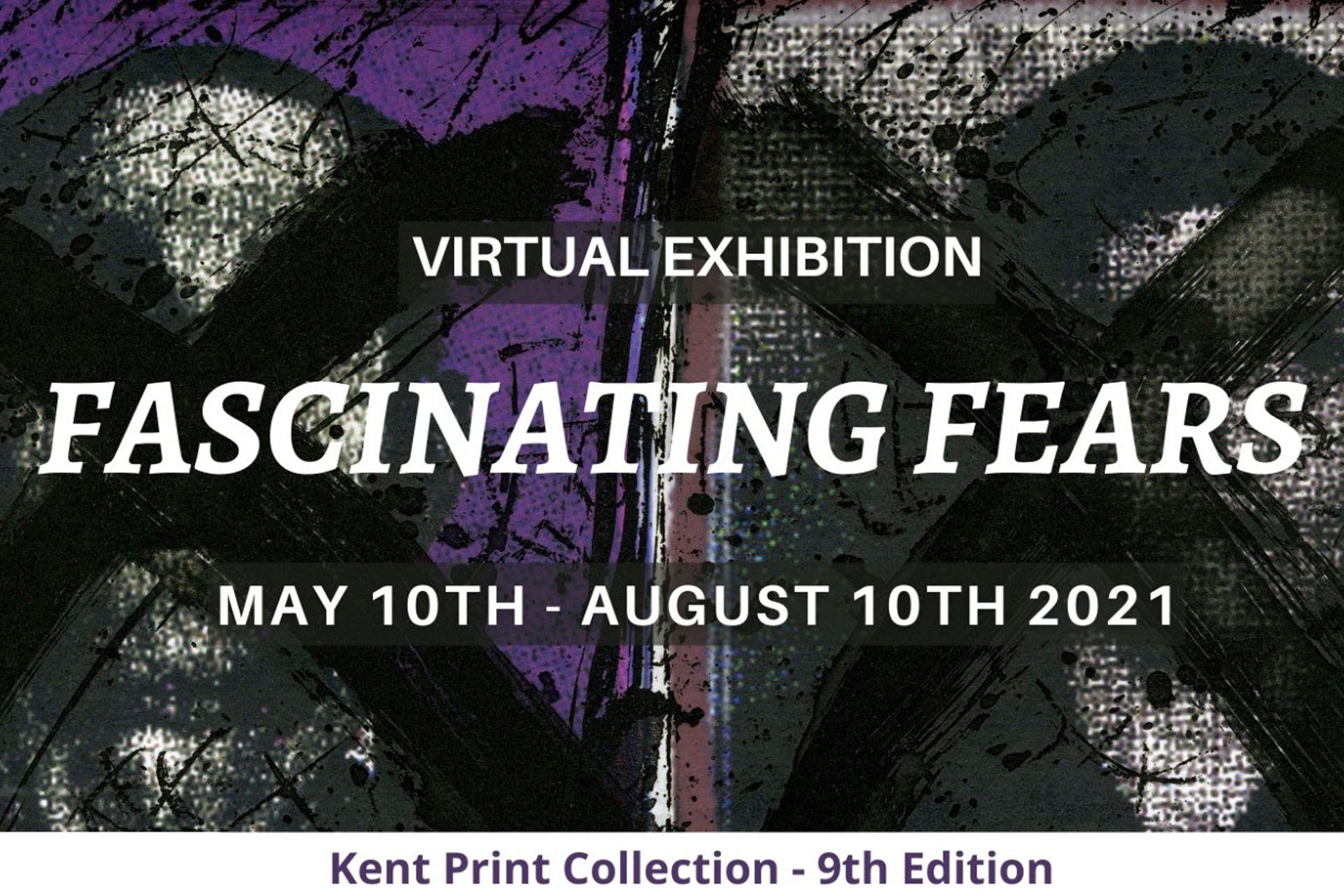 Students on the ‘Print collecting and curating module’ at the School of Arts are launching their new virtual exhibition, ‘Fascinating Fears‘ on Monday 10 May. The exhibition will run for three months during the summer.

‘Fascinating Fears’ is a student-led exhibition including interviews with print specialists and artists that feature in the exhibition. A catalogue featuring all exhibited prints will be available when the exhibition opens on Monday 10 May.

The students involved discussed the theme of fear under various guises which led to the curation of work of different artists because each adaptation brings forth differing aspects of expression. Within the world of printmaking, the students highlighted various techniques which convey a myriad of aesthetic ideals.

We caught up with Gwendoline Morel, one of the exhibition’s organisers to find out more.

Why did you decide on the theme, ‘Fascinating Fears’?

At the beginning the term, all the students in the course wrote an exhibition proposal on a theme of their choosing. The two projects with the best grade were then presented to the class. Following this, a vote ensued and the theme “Fascinating Fears” won. The theme evolved slightly as we added everyone’s inputs to the original project, but the outcome remains very close to the proposal we voted for.

The theme “Fascinating Fears” comes from both the attraction and the rejection that characterises the feeling of horror in front of artistic frightening creatures. Fear is a feeling we all share and understand. The richness of this concept drove us to separate it in four sub-themes: Monsters, Emotions, Japanese Prints and Female Fears. The idea is that when virtually “walking” around our online gallery, the audience can reflect on their own fears, to understand the fascinating attraction they feel towards them.

Could you give any insights to some of the artists featured?

As mentioned, we discussed the theme of fear under various concepts, which led to be inspired by the work of different artists because each adaptation brings forth an aspect of expression that is different.

For example, we used woodcut prints from Andreani because the softer tones and shades used add a romantic sensation to the shapes and figures of fear. These were a contrast to the modernist approach of Hanseelar and Maria Pancheco, whose work is crude and more direct, especially within our theme Female Fears.

Our lead image is one of Marcus Rees Roberts’ prints, in which he encapsulates the despair which reined in the aftermath of the war, as well as the anxiety armed conflicts and death can ignite in us.

Visit the online exhibition which is now open! You can also follow the exhibition on Instagram to watch artist interviews @ukc.exhibition.