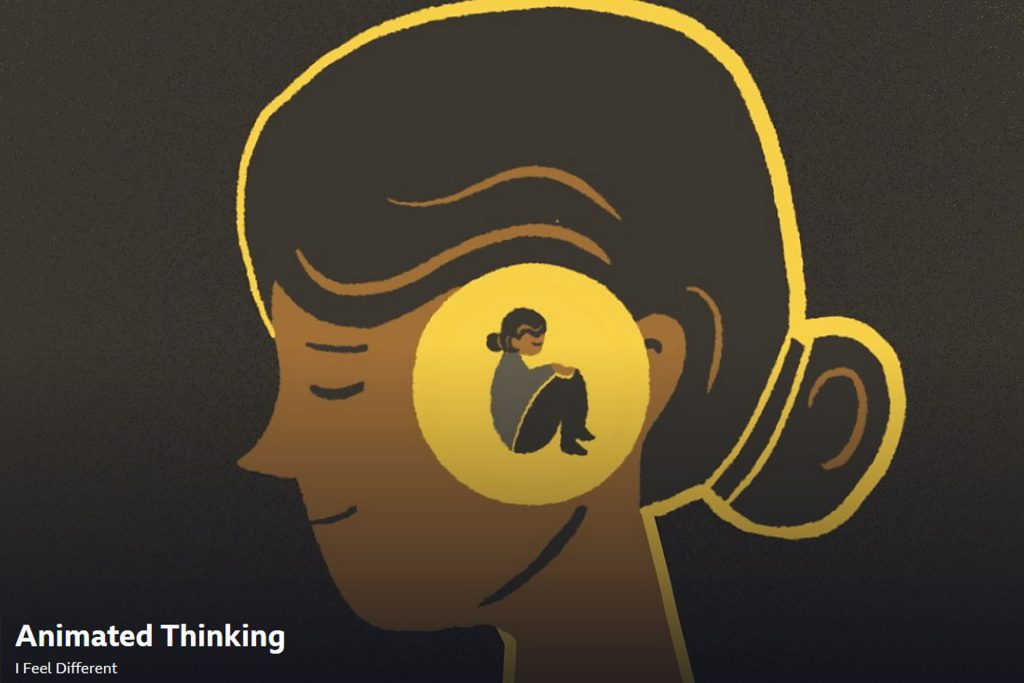 Professor Nicola Shaughnessy’s extensive research into autism and creative practice is one of nine selected Arts and Humanities Research Council (AHRC) projects which have been made into short animated films as part of the BBC Arts’ Culture in Quarantine ‘Animated Thinking’ series. The film, I Feel Different, explores the untold stories of autistic girls and women in their own words to provide an insight into the intensity and sensory reality of their experiences.

The AHRC launches its new animated film series on BBC Arts’ Culture in Quarantine site, called ‘Animated Thinking’ today, 24 November 2020. The short films created as part of this series, explore diverse topics including what modern life is like for autistic girls and women in the UK, and explores the untold story of the Native Americans who came to the UK in the middle ages.

Professor Nicola Shaughnessy’s research into autism, began with an AHRC research project, Imagining Autism (2011-2014), and has continued with the second AHRC-funded interdisciplinary research project, Playing A/Part, a collaboration between the universities of Kent and Surrey, involving academics in drama, media arts and psychology.  The project explores the identities and experiences of autistic girls and adolescents through creative and participatory research. The film is a co-production in collaboration with autistic creative practitioners and other members of the project team, including Dr Melissa Trimingham and Dr Hannah Newman, a Kent PhD and Drama graduate.