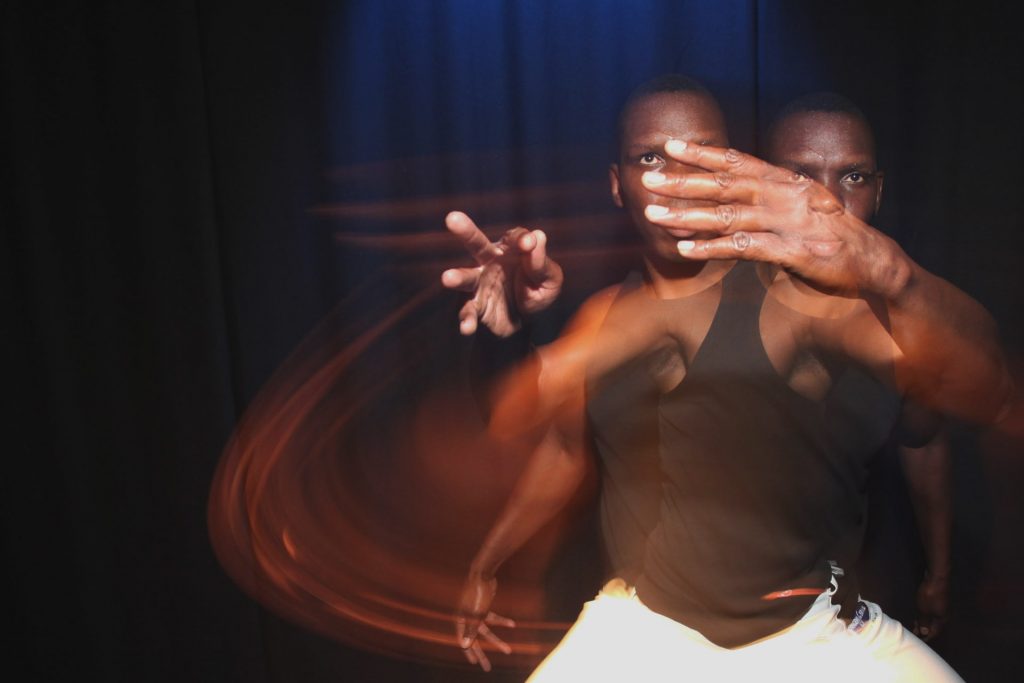 The School of Arts Performance and Theatre Research Group are delighted to invite you to their upcoming live events, kicking off with Dr Olu Taiwo from University of Winchester, with his talk titled, ‘Urban Butoh and Transcultural Practice: Reassessing dominant cultural assumptions in performance training‘ taking place this evening, Tuesday 17 November at 6pm on Zoom.

Olu Taiwo will present his current research and practice: ‘I am giving myself the permission to take back critical ownership of my narrative discourse by engaging in post-traditional research, from different and varied sets of ancestral resources not included in the dominant westernised academic and artistic canons’.

Dr Olu Taiwo teaches in acting, immersive and digital performance as well as physical theatre at the University of Winchester. He has a background in fine art, street dance, african percussion, physical theatre, martial arts, T’ai Chi Ch’uan and animal spirit movement. Olu has performed in national and international contexts pioneering concepts surrounding practice as research. This includes how practice can explore the relationships between ‘effort’, ‘performance’ and ‘performative actions’. Consequently, his aim is to propagate issues concerning the interaction between the body, identity, audience, street and technology in the digital age.

The second event of the term will be hosted by Dr Sophie Quirk and Dr Oliver Double with their talk titled, ‘Alternative Comedy – Now and Then‘ taking place on Wednesday 2 December at 6pm via Zoom. In this virtual research event, Sophie Quirk and Oliver Double talk informally about their current research into alternative comedy as it exists today and as it was back in the 1980s when it first sprang into existence. The conversation will kick off with a look at a historical artefact from the British Stand-Up Comedy Archive, which will lead into a discussion about such issues as politics, stylistic innovation, representation and diversity. Along the way, we hope to challenge some of the myths and common misconceptions surrounding alternative comedy.