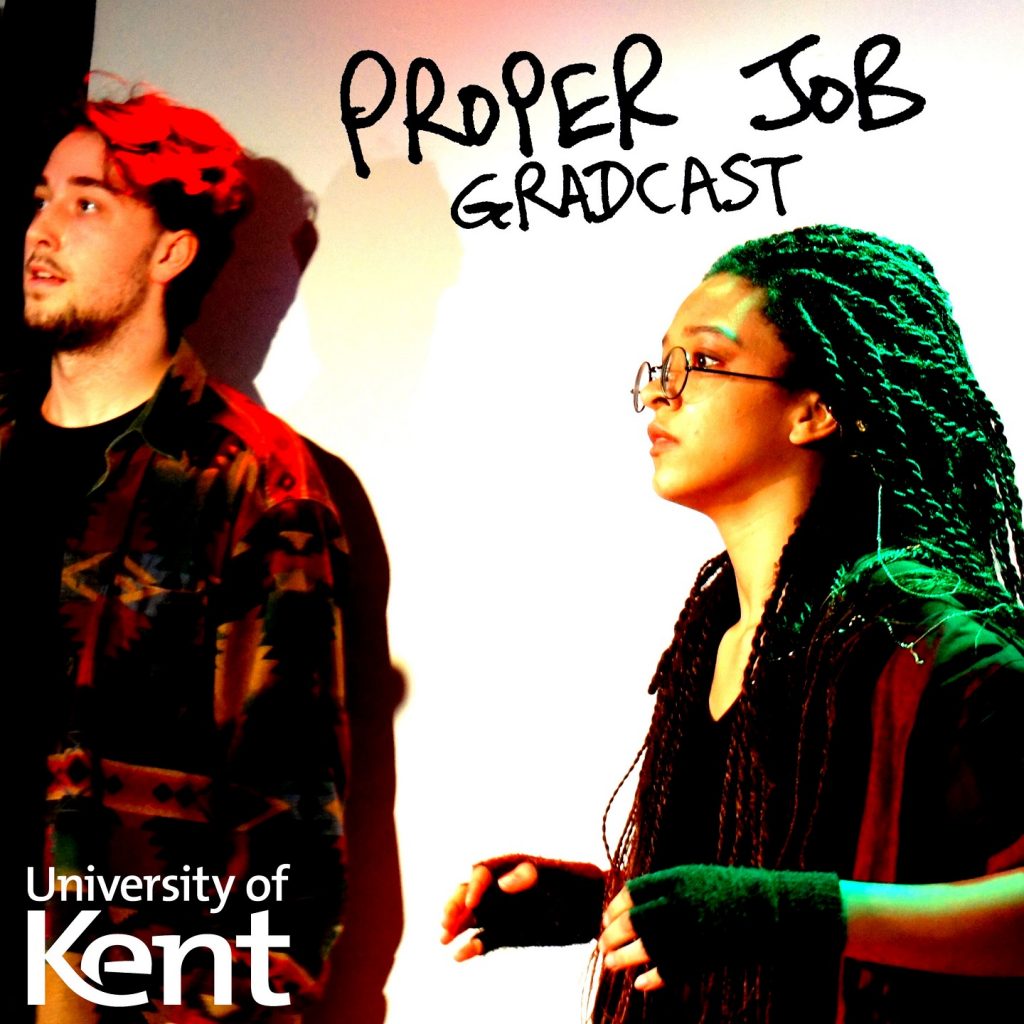 In the ‘Gradcast’, Olly interviews Drama graduates about their current careers in the arts, how they got there after they graduated, and how studying Drama at Kent helped to equip them for what they do now.

In the latest episode, Olly interviews alumna Laura Lexx, who studied an MDrama at Kent and who graduated in 2009. Laura is now an established stand-up comedian and writer. Her credits include Live at the Apollo (BBC2), BBC At The Edinburgh Festivals (BBC2), The Comedy Club (BBC Radio 4 Extra) and The Jason Manford Show (Absolute Radio). She recently gained a two-book deal after her tweet about Jürgen Klopp went viral. The first book, Klopp Actually: (Imaginary) Life with Football’s Most Sensible Heartthrob (Two Roads Books, 2020), has just been published.

‘When I first went to uni to study Drama I was very sure I wanted to be a serious actress,’ Laura explains in the episode. ‘But comedy is just so immediate… There’s just something so interesting about having an idea that day, and trying out some version of it later on.’

To listen to the full episode, please see the page:
https://podcasts.apple.com/gb/podcast/episode-7-laura-lexx/id1500284764