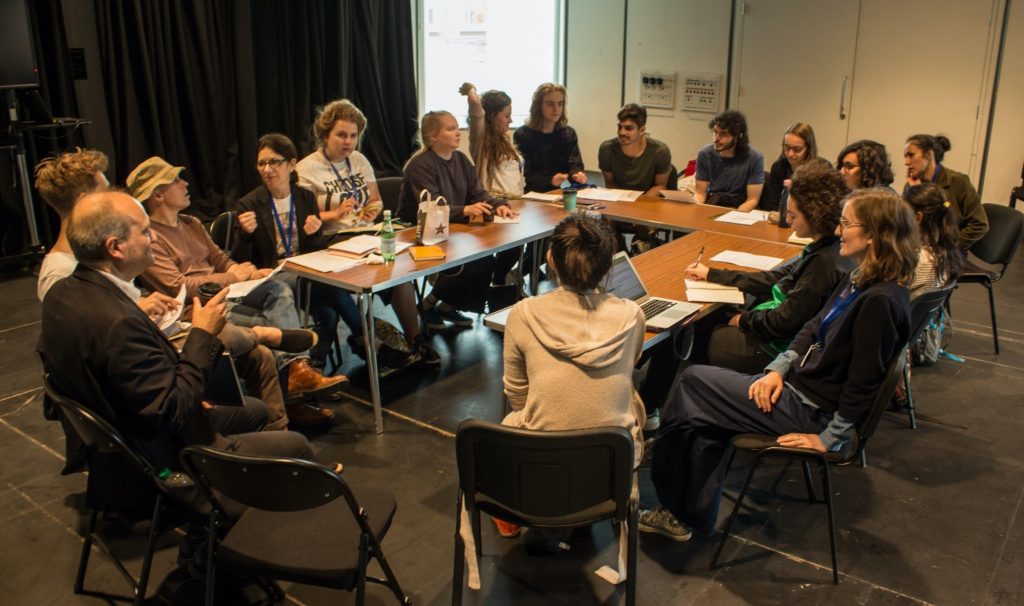 School of Arts alumna Georgiana Barcan, who studied BA (Hons) Drama and Film with a Placement Year, has shot and edited a short documentary of the project, ‘Performing Multilingualism for Monolingual Audiences’. The project’s Principal Investigator was Dr Margherita Laera, Senior Lecturer in Drama at the School of Arts, and the Co-Investigator was Professor Peter Boenisch of Royal Central School of Speech and Drama and University of Aarhus.

‘Performing Multilingualism for Monolingual Audiences’, was funded by the Arts and Humanities Research Council (AHRC) as part of Creative Multilingualism small project grants, and investigated creative strategies and performative processes at work in multilingual theatre for audiences in predominantly monolingual cultures, such as the UK. The aim was to chart, share, and disseminate practices of current multilingual work in European theatre which would take into account that spectators cannot be expected to know all the languages on stage.

The project consisted of a conference at Kent, with the participation of Gintersdorfer / Klassen and Maxim-Gorki-Theater, Berlin, and two workshops at Royal Central School of Speech and Drama in London. Students from the University of Kent, RCSSD, Freie Universität Berlin and Paris Conservatoire participated in workshops with Greek director Anestis Azas of the Greek National Theatre, and French director Anne Bérélowitch of Instant Mix.

The documentary is available to watch on YouTube, here:
www.youtube.com/watch?v=HfDV1nEGwiI