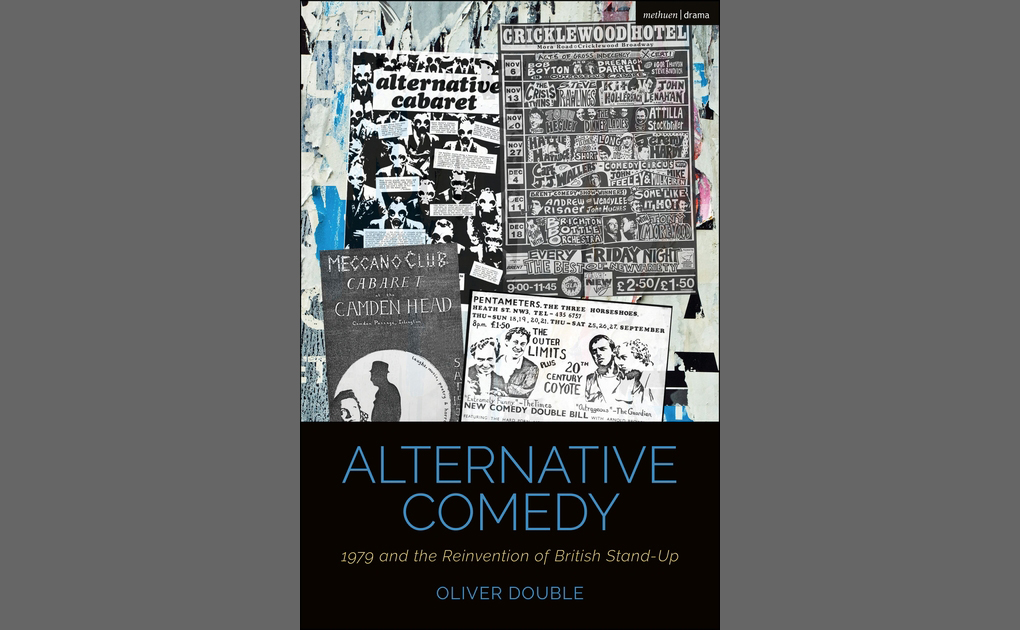 Dr Olly Double, has had his recent book Alternative Comedy: 1979 and the Reinvention of British Stand-Up (Bloomsbury, 2020), reviewed on the influential comedy websites Chortle and Beyond the Joke.

Chortle was set up by in 2000, providing an online source of comedy news, reviews and listings. Beyond the Joke was set up by Bruce Dessau, to feature news, views and interviews from the UK comedy scene and the world of broadcasting.

The Chortle review, written by Steve Bennett, describes Olly’s book as a ‘fascinating, well-written and meticulously researched guide to Britain’s alternative comedy revolution’ and that it is ‘probably the most accurate single retrospective of that transformative time that exists.’ The review concludes: ‘Double conveys the excitement of these times while telling the story as accurately and succinctly as any social historian can. This book comes highly recommended….’

The full Chortle review can be found here: www.chortle.co.uk/books/2020/05/19/46138/alternative_comedy,_by_oliver_double

On Beyond the Joke, Bruce Dessau writes: ‘There have already been books about the history of alternative comedy, but this is the definitive account. The word “forensic” has been bandied about a bit recently in other contexts but Double really does take a forensic look at where ‘altcom’ came from, what it was like and where it is going.’

The full Beyond the Joke review can be found here: www.beyondthejoke.co.uk/content/8805/alternative-comedy-book