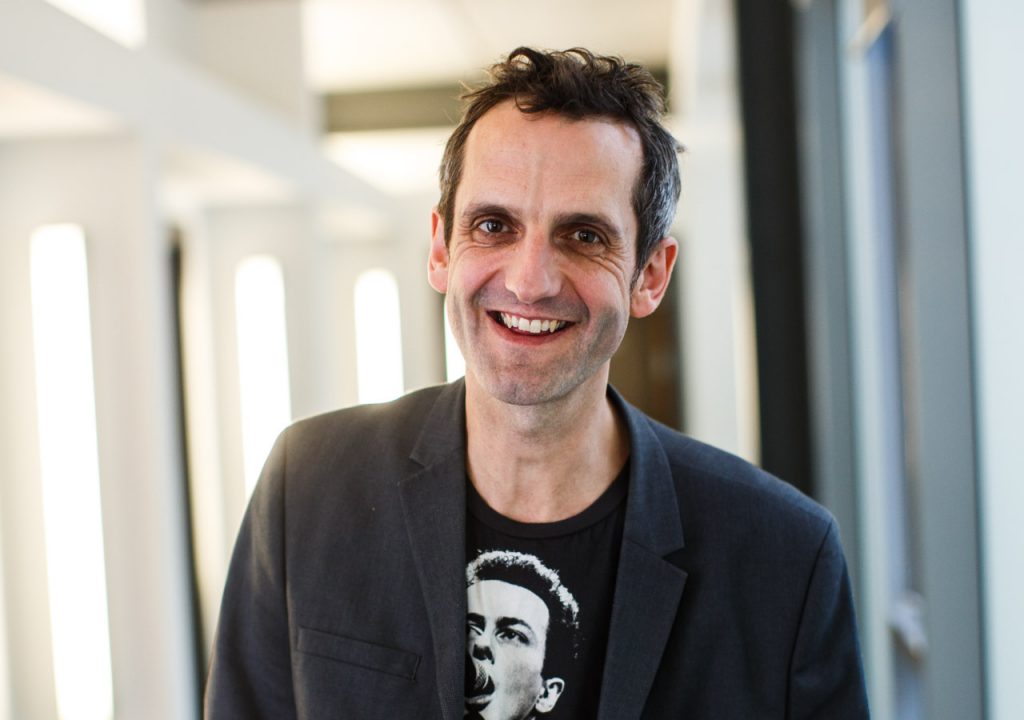 Dr Oliver Double, Reader in Drama, will be featuring on the NextUp Comedy livestream today, Thursday 30 April 2020, at 10pm.

NextUp Comedy is an online platform that aims to promote the power of live comedy, allowing its laughter and underlying messages to reach more people than ever before. It aims to support the artists and the wider community in as many ways as possible.

The show will be hosted by comedian Pope Lonergan, and will also feature stalwart Arthur Smith.

Olly will be talking about his recent book Alternative Comedy: 1979 and the Reinvention of British Stand-Up (Bloomsbury, 2020).

You will be able to view the livestream on the following sites:

UPDATE: The video can be viewed below, with Olly appearing at 1hr 42mins into the livecast (warning – contains strong language):