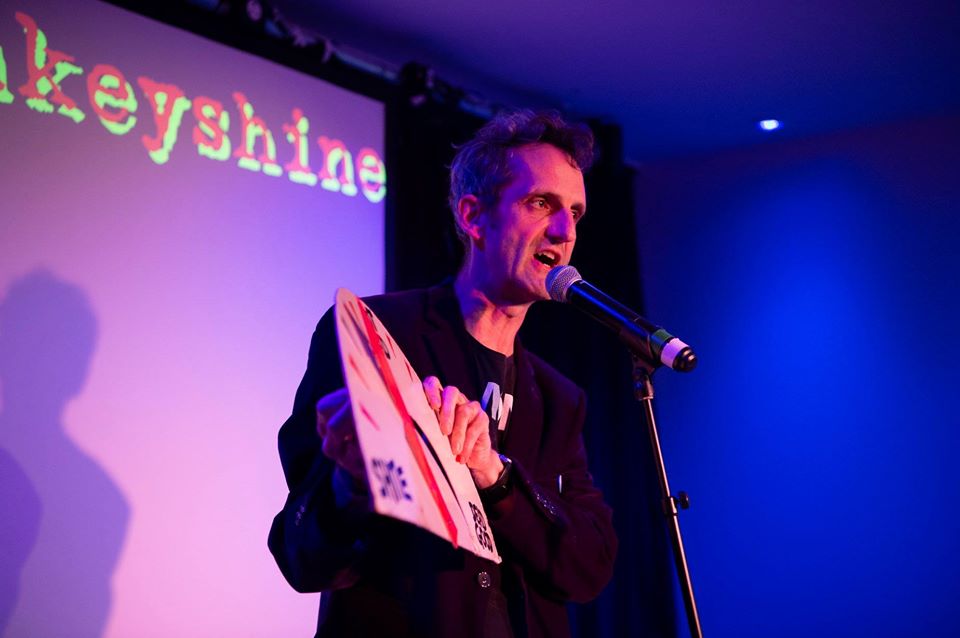 Dr Olly Double, Reader in Drama in the School of Arts, features in the the latest episode of the podcast Jokes with.Mark Simmons.

Every week Mark Simmons and a guest share jokes they’ve written that just haven’t worked – because they’re too long, too stupid, too clever, too groanworthy or just too rubbish.

Olly is the author of Stand-Up! On Being a Comedian (1997), Britain Had Talent: A History of Variety Theatre (2012), and Getting the Joke: the Inner Workings of Stand-Up Comedy (2nd edition, 2014). Among the modules he teaches at Kent are Stand Up Comedy and Popular Performance.

In the episode, he talks about teaching students comedy, double acts, and the art of making stand-up comedy look spontaneous. ‘Stand up is a pretence, like it’s just a conversation. You play it like it’s off the cuff, and don’t put any effort into it.’