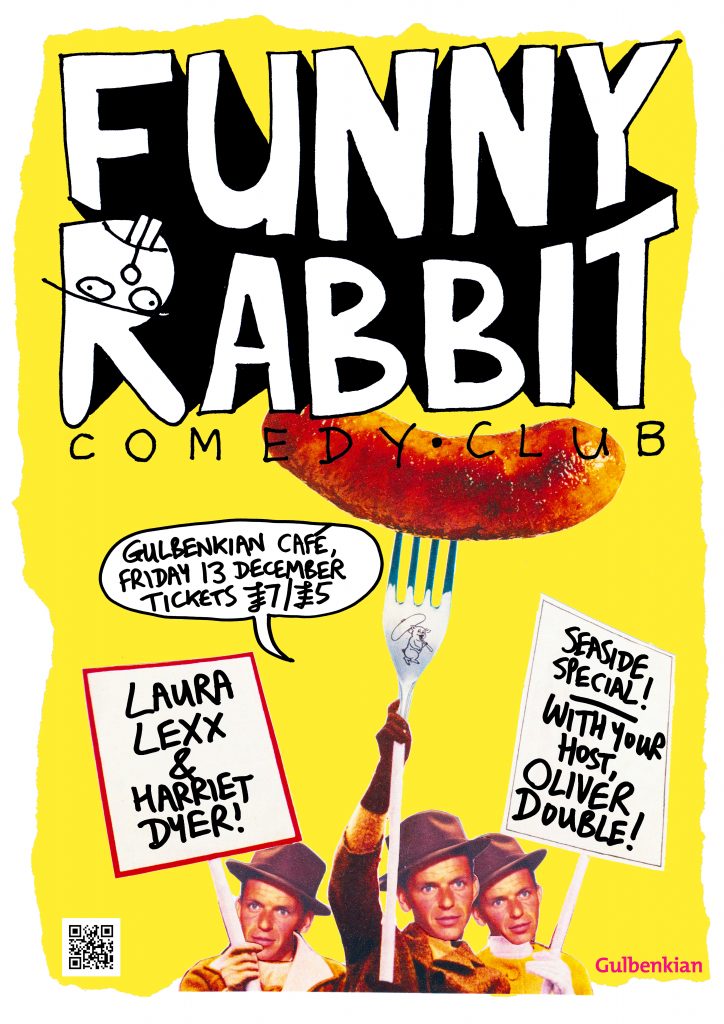 This month’s Funny Rabbit, the comedy club created by Dr Olly Double, Reader in Drama in the School of Arts, will be held the Gulbenkian café this Friday, 13 December 2019.

Funny Rabbit is a monthly comedy club – radical and exciting, but also warm and snuggly as a bunny rabbit. The December line-up includes Laura Lexx and Harriet Dyer.

Laura Lexx is a Kent alumna, having studied in the Department of Drama and Theatre. Her credits include Live at the Apollo (BBC2), BBC At The Edinburgh Festivals (BBC2), The Comedy Club (BBC Radio 4 Extra) and The Jason Manford Show (Absolute Radio).

Harriet Dyer is a professional standup. She has featured on BBC Radio 4 Extra thrice, been a guest host on The Jason Manford Show on Absolute Radio plus BBC Ouch, BBC Live at The Fringe in 2016 and 2018, and the BBC’s Knock Knock with Helen Lederer.

Performing in this month’s guest spot from Department of Drama and Theatre will be Daria Roland.