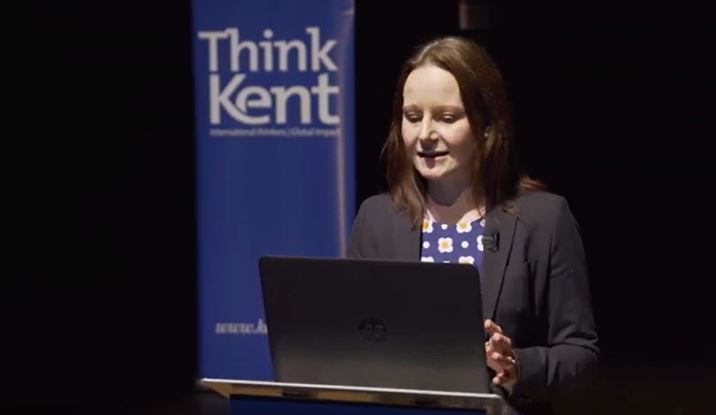 Dr Helen Brooks, Reader in Theatre and Cultural History in the Department of Drama and Theatre, has delivered an online lecture for the Think Kent series entitled ‘The Horror of War: The Grand Guignol Season of 1915’, which is now available on YouTube.

The Think Kent lectures are a series of TED talk-style lectures produced with the intention of raising awareness of the research and teaching expertise of Kent academics and the international impact of their work.

In this Think Kent lecture Helen shares some of the more unusual – and more gruesome – discoveries from the Great War Theatre project. In the summer of 1915, eighteen months into the First World War, the famous Parisian Grand Guignol company came to wartime London and performed a series of horror plays which featured, amongst other things, violent acid attacks and exhumations after being buried alive. Many commentators at the time could not understand why ‘in such dreadful times as these there can be any demand for artificial horrors’ (BL, LCP1915/17). Yet, here Helen argues that the popularity of these plays was not in spite of the wartime context, but rather as a direct result of it.

The talk may be viewed below or on YouTube via the link:
https://youtu.be/rdCQ1l5KC00