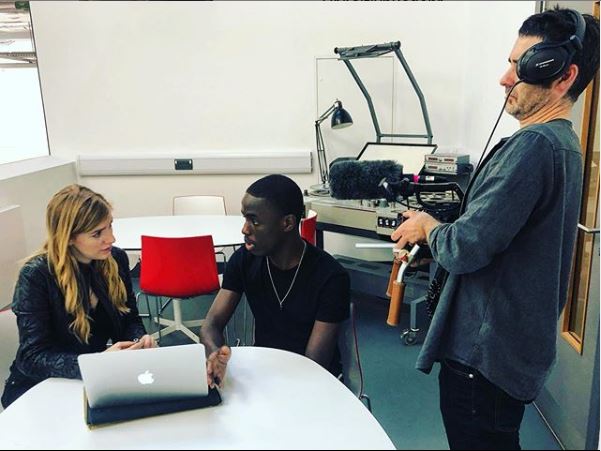 We are pleased to report that the documentary ‘Inside the Secret World of Incels’, featuring Dr Kaitlyn Regehr, Lecturer in Media Studies in the School of Arts, has attracted a large amount of media interest.

The documentary, which also features Media Studies students participating in a seminar about social media, debuted in July 2019 on BBC1 and BBC3.

‘Inside the Secret World of Incels’ explores the online subculture of ‘incels’ (the word being a portmanteau of ‘involuntary celibate’) who promote hatred, misogyny and racism, and have been linked to hate crimes and mass murders. It explores the how online ideology can push people into extreme behaviour and considers the reasons why this may occur, including mental health issues and trauma.

After online broadcast, the documentary received extensive press coverage, from UK based sources, such as The Telegraph, The Times, Mail Online, Daily Star, Mirror Online, Buzzfeed UK, The National, The Arts Desk, and The Herald, as well as from overseas media, including the New York Post, Refinery29, The Irish Times, The Irish Sun, RTE, and Der Standard. In addition, Kaitlyn has been interviewed by Grazia and Dazed.

Refinery29 said: ‘Unlike much existing coverage of the incel movement, ‘Inside The Secret World Of Incels’ explains why so many men feel bitter and hateful enough towards women that they’re willing to kill innocent people and even themselves (as in the case of Rodger) for their ’cause’.’

The documentary contains strong language and some disturbing scenes. It is currently available on the BBC’s iPlayer here:
www.bbc.co.uk/iplayer/episode/p07fvhmw/inside-the-secret-world-of-incels