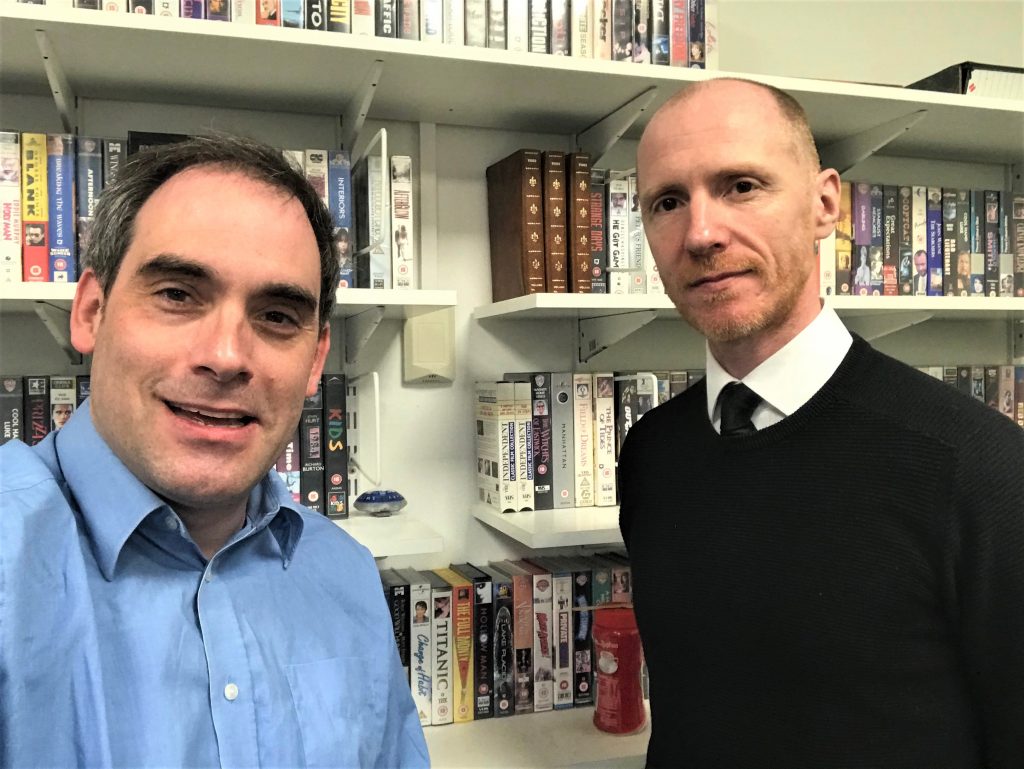 Dr James Newton, Lecturer in Media Studies at the School of Arts, is the subject of the latest podcast on ‘Nostalgia’, as part of an ongoing project by Dr Chris Deacy in the Department of Religious Studies.

In the podcast, James talks about making the transition from being a student to becoming a member of staff, the pitfalls of meeting students in pubs and the changing culture around drinking beers and coffees, and why pubs are today a gentrified space and an indulgence.

Originally from Wolverhampton, James discusses what he knows about his parents’ occupations and talks about the disjuncture between family members’ public and private profiles.

Chris and James discuss the Guinness Book of Hit Singles, the influence of punk and agitation and how particular forms of music define us. James discusses the bands he enjoyed when growing up and we learn that he first went to a gig in 1992 and saw a number of bands at their peak when they played at Wolverhampton Civic Hall. Tarantino had a massive impact on James and we find out why his films spoke to him and the zeitgeist of the period, and we find out which is his favourite film and why.

The conversation then turns to James’ long route into academia, which has included making a film set in a radio studio and doing a joint honours degree in Religious Studies and Film, Radio and Television. James talks about teaching techniques and why he hopes he hasn’t become jaded.

In the final part of the interview James talks about the need to learn from past experiences, why it is detrimental to look too far into the past or the future, why he doesn’t think he has fulfilled the dreams he’s had since he was young.

To listen to the podcast, please visit:
https://audioboom.com/posts/7276487-james-newton