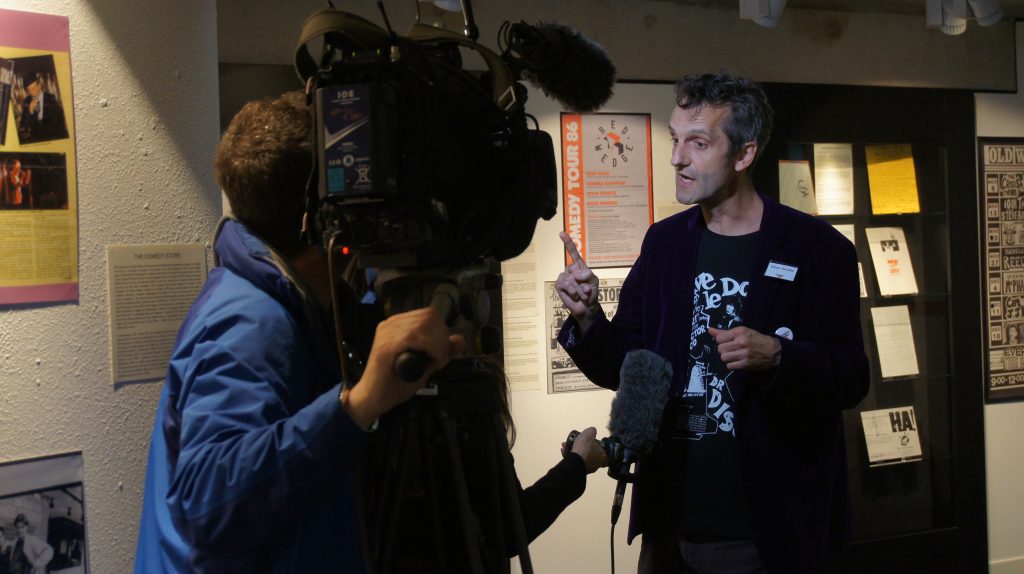 Dr Olly Double, Reader in Drama in the School of Arts, appeared on BBC South East Today last night (2 May 2019), interviewed along with comedian Alexei Sayle regarding the Alternative Comedy Now Festival, which is currently ongoing at Kent.

‘Alternative comedy completely changed British stand-up comedy,’ explains Olly in the interview. ‘Before that there were a few people doing interesting things on the folk circuit, like Billy Connelly, but most stand-up comedy at that point was taking place in working men’s clubs and was based on unoriginal packaged jokes.’

Olly’s interview is followed in an interview with Alexei Sayle, which was recorded in the Gulbenkian Theatre on campus, prior to a show yesterday evening.

The piece is currently available on iPlayer, although expires at 7pm tonight, and begins at 15’11”:
https://www.bbc.co.uk/iplayer/episode/m0004ts8/south-east-today-evening-news-02052019