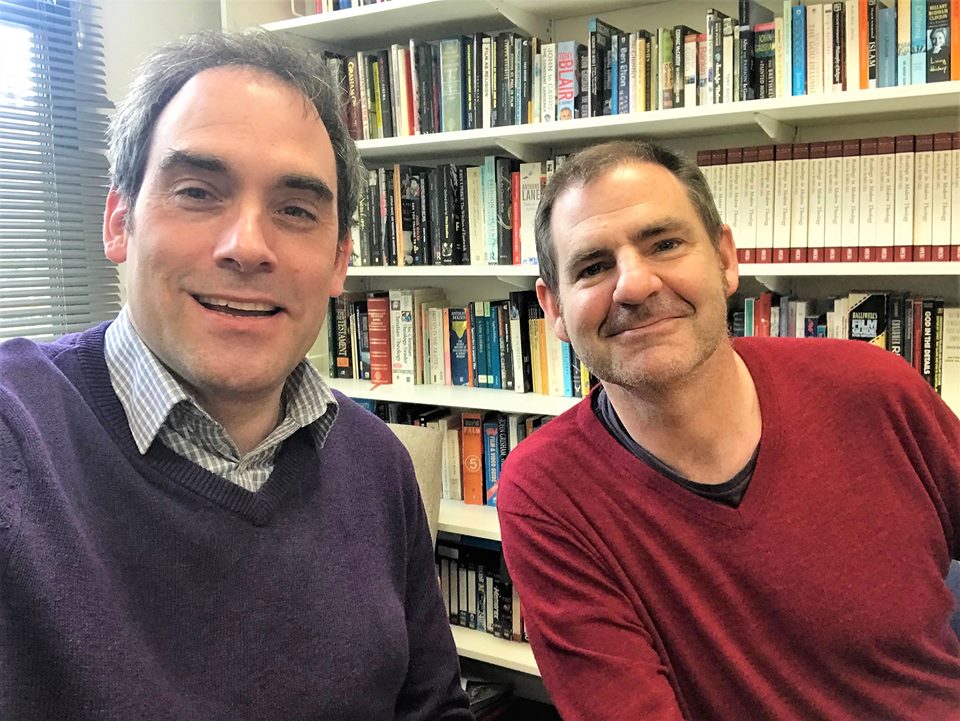 Lawrence Jackson, Senior Lecturer and Deputy Head of Film (Film Practice), is the subject of the latest podcast on ‘Nostalgia’, as part of an ongoing project by Dr Chris Deacy in the Department of Religious Studies.

The podcast consists of an interview with Lawrence exploring his background. Lawrence tells us why he doesn’t consider his native Guildford to be the coolest place in the country and we learn why his childhood was idyllic when growing up in the vicinity of Wookey Hole.

The youngest of three children, and the only boy in the family, Lawrence recalls the science fiction of the time, including Blake’s 7 and Doctor Who, and his love of pop music , especially the Electric Light Orchestra and we find out why he especially related to their album ‘The Diary of Horace Wimp’. We learn how Lawrence entered academia and why he believes it is important not to censure people’s ideas. He was a film buff while he was studying Modern Languages at Oxford, from where he went to Bournemouth Film School which, as he explains, produced some very talented filmmakers. He also worked for BBC Northern Ireland and he tells us about his experience of sitting on the Berlin Wall in 1989.

In terms of politics, Lawrence’s family background is right of centre and Church of England, which he explains is not his ideology, and he tells us why he reacted against Thatcher’s Britain and about the time he went to church every Sunday but later grew out of it. We also discover why he was so disappointed when John Major won the General Election in 1992.

In the final part of the interview we learn why Lawrence’s memories are predominantly positive and why it is that going to boarding school at age 13 was a key experience. He believes that he has fulfilled the dreams he had when he was young and is more of a looking forward than a looking back type of person.

To listen to the podcast, please visit:
https://audioboom.com/posts/7234679-lawrence-jackson