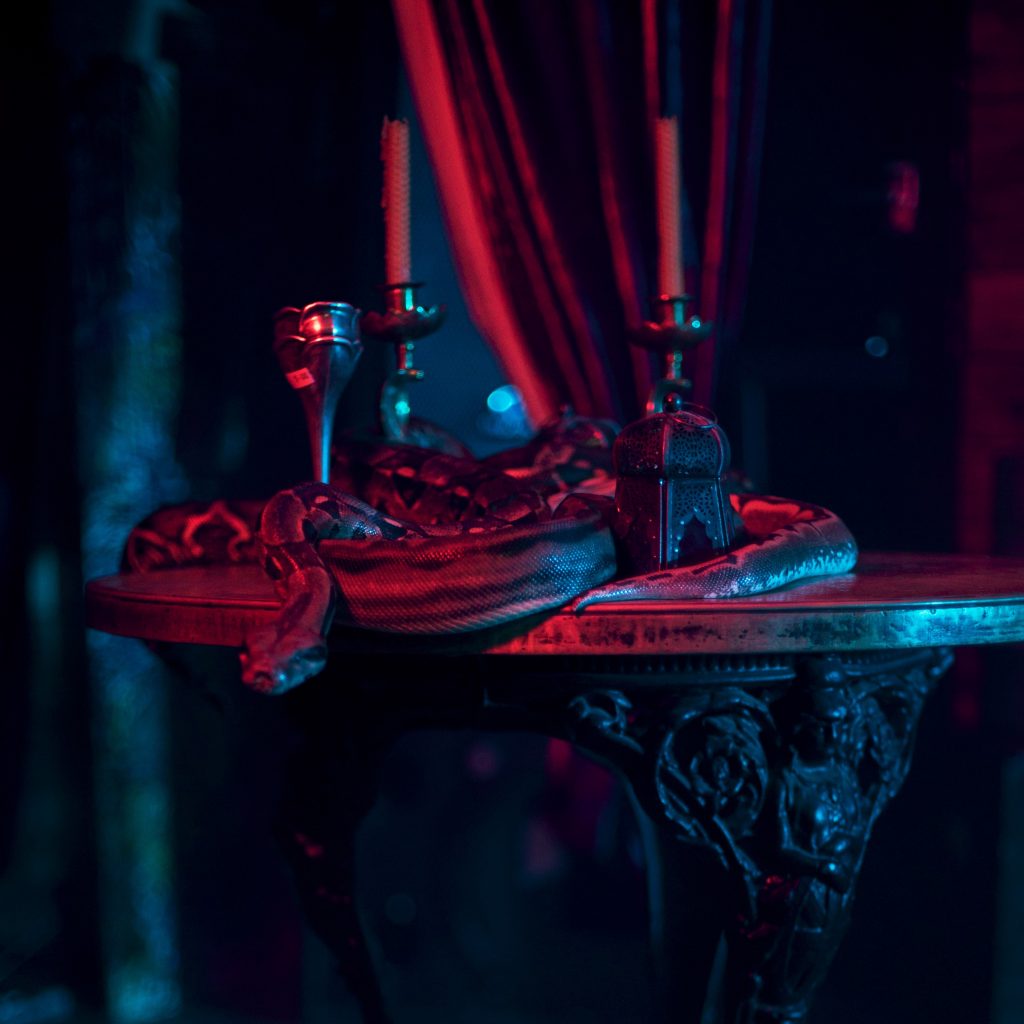 Alumna Maya Sfakianaki will be performing a live art piece she has created as part of Pest Fest at the Arcola Theatre this Sunday, 30 March 2019.

Maya graduated in 2017 with a BA (Hons) in Film and Drama. Her performance draws upon skills from both subject areas, as it consists of both filmed footage and live performance, in which Maya plays a character on stage and screen.

‘I studied Film and Drama, and that is exactly what you see in this piece, a combination of media and performance that unites in a harmonious chaos of emotion,’ explains Maya.

‘The idea is centred around a woman, trapped in a cage, watching herself on a screen and getting hypnotised by her own sexuality. I brought together a crew of six girls and as a team we made this film happen. It was the most brilliant thing – to collaborate with strong decisive women who were hardworking and willing to support the project.’

The film was directed by Jodie Deakin, with Ioanna Hatzi as Director of Photography, Katie Wilson as Producer, Tilly Upton as Assistant Producer, and Emmalee Etherington as Make-Up Designer.