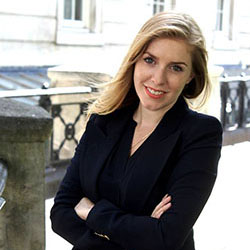 Dr Kaitlyn Regehr, Lecturer in Media Studies in the School of Arts, was interviewed yesterday on Showcase, the arts and culture programme broadcast on news channel TRT World, regarding the #MeToo movement.

The interview concerned the first year anniversary of the #MeToo movement, which started when the actress Alyssa Milano used the hashtag on Twitter in response to the allegations of sexual assault and harassment of film producer Harvey Weinstein.

In the interview, Kaitlyn relates the impact of the term: ‘On 15 October 2017, the term “Me Too” was used 12 million times on just one day, and from there we saw a real revolution of social change come forth.’

Does Kaitlyn consider whether the movement has led to social change? ‘I think it depends on how we define change. Has it changed social policy change? Not so much.’ However, despite this Kaitlyn argues, ‘we’re now having a much more open discussion about sexual violence which is really important.’ She suggests that with the public will, policy change will follow.

The video is available to view on the Showcase YouTube channel here:
https://youtu.be/FbaZ_-6iW6Q