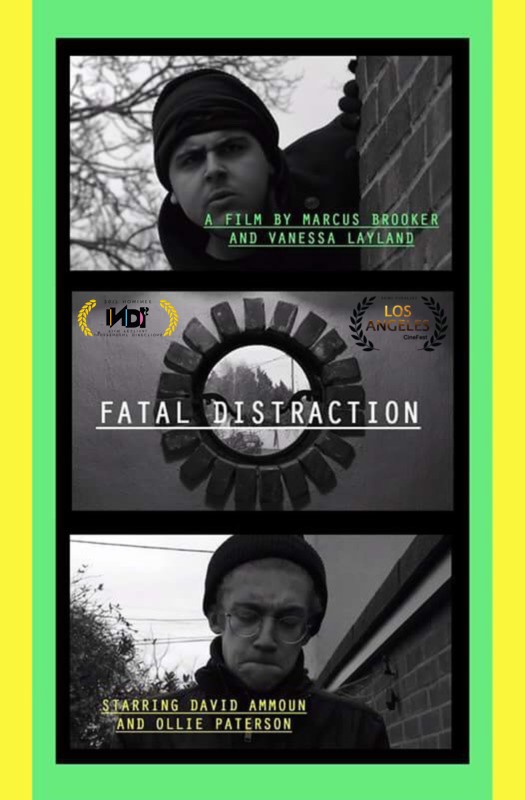 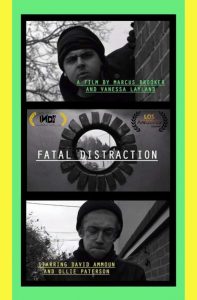 A huge congratulations to four School of Arts’ Film BA students who recently won the student category at the Kent Film Festival with their short film ‘Fatal Distraction’.

‘Fatal Distraction’ is about:

“Two burglars [who] get more than they bargained for after attempting to steal a highly collectible bra displayed on a mannequin. However, after the bra does not come loose, the two are forced to steal the whole mannequin along with the bra.”

Marcus Brooker wrote about the group’s ideas and methods behind their winning piece and entering the festival:

“We had many ideas originally, but as a group, we knew we wanted the protagonist to steal something and for the film to focus on one location. After discussion, we settled on the idea of two burglars stealing a famous painting, yet because we wanted to the film to be unique, we decided on having a mannequin as an obstacle the duo had to overcome. This opened up various comedic elements and ideas which later found their way into the film. We wrote the script in the space of a week, and from there we began creating key scenes and how we wanted them to look. One of the key scenes we wanted in the film was that of the cat death scene, as we felt this would really draw in the audience and stand out against the relatively slow pace and representation of the film, whilst also adhering to comedic elements. We were initially worried we may have been being too ambitious with the short, as we were planning on filming away from the university, which arose issues such as health and safety forms being required before filming, and the issue of us all being available on time. We overcome the issues and managed to film the whole film within a weekend in Suffolk. As a group, we knew that we wanted to take our film further and show a wider audience. After sending off to many festivals, we found and applied to Kent Film Festival, who have provided an opportunity for local filmmakers to show their films to appreciative audiences since 1974. We were so happy that we won the festival and would encourage aspiring filmmakers to do so.”